The interpretation of history 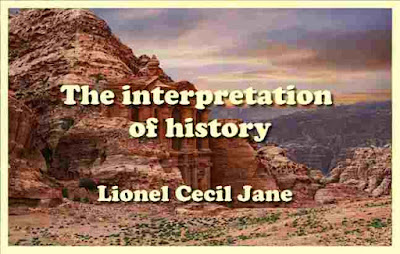 Preface:
As its title may indicate, this book is an attempt to discover some underlying factor, in accordance with which History may be interpreted and the occurrence of all events explained. Of the ambitious nature of this attempt I am fully conscious, but it appears to be well worth making, and any apology for having made it would savour of insincerity. Chapters I to V contain a statement of the theory that the factor is to be found in the existence of a mental conflict as to the means by which happiness is to be attained, between the idea that content is to be found in complete submission, " Universalism," or incomplete self-assertion, " Individualism."
It is argued that this conflict determines the conduct both of individuals and of those associations of individuals which form nations. Chapters VI to XI endeavour to show how far this theory is justified by the past history of Europe and of England, and in Chapter XII an attempt is made to interpret the tendencies of the present day. A detailed narrative of events hardly enters into the scope of the book, and I have in general confined myself to discussing the broad current of events, only entering into detail when to do so seemed to be necessary.
For a certain inevitable allusiveness, I must therefore apologise. Since the completion of this book in the spring of 1914, events of paramount importance have occurred. I have not altered the body of the book, but have added an appendix,
"The Conflict in the Future," in which an attempt is made to indicate what may be expected to be the ultimate influence of the present European War upon the future of mankind. I am unwilling to omit this opportunity of expressing my thanks to my friend, Mr Maurice C. Blake, for his valuable criticisms and suggestions, and to my late secretary, Mrs H. W. Rhodes, for the patient and unwearying help.