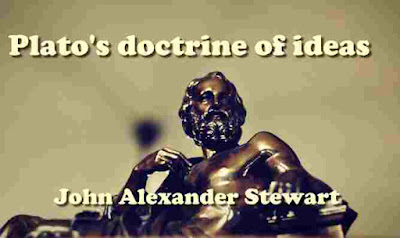 The question which this Essay is concerned to put and find some answer to is: What has present-day Psychology to tell us about the Variety of Experience which expresses itself in Plato s Doctrine of Ideas? The importance of ^ this question has been gradually brought home to me by my perusal of various expositions of the Doctrine offered by Plato-scholars in recent times.
These expositions, however informing and suggestive they may be in parts, in themselves, as expositions, seem to me to fall short of scientific sufficiency because not controlled from the basis of Psychology.
The literary evidence contained in Plato s Dialogues and Aristotle s Criticisms l is fully taken, but submitted to the judgement of no court. The cardinal question is not asked: What has present-day Psychology to tell us about the Variety of Experience which expresses itself in the Doctrine of Ideas? The Doctrine is treated as if it were a past event in the History of Philosophy for determining the true nature of which there is such and such documentary evidence which, if only marshalled in the right way, is in itself conclusive.
It is as if a commentator on Thucydides should think it unnecessary to submit the literary record of the Plague at Athens to the judgement of present-day medical science in order to ascertain from that authority what precisely the disease is which his author is endeavouring to describe.
For Aristotle s Criticisms, M. Robin s extremely elaborate work La Theorie Platonicienne des Idees et des Nombres d apres Aristote (1908) may be mentioned. It is one of those recent works which make it evident that the answer to the question, What is the meaning of the Doctrine of Ideas? is not to be looked for in further examination of the literary data.
The result of their neglect of the Psychology of the Experience which expresses itself in the Doctrine of Ideas is that the scholars to whom I refer, going to Plato s text in the dark, lose themselves in it. Having no clue they find themselves in a labyrinth.
Because Plato, dealing, at different periods of his life, with different subjects, in Dialogues differently staged, phrases and accentuates the Doctrine of Ideas differently, they tell us that he has altered the Doctrine essentially: they ask us to believe that at one period of his career he held this opinion, and at another period that opinion, while Pupils of the Academy, Pythagoreans, Eleatics, Megarians, not to mention Aristotle himself, held certain other opinions about the Ideas. But, we ask, What are the Ideas? What were Plato and these other people talking about?
Surely about the right way of expressing some Experience which they all had in common, and we ourselves still have. Tell us in the language, vernacular or philosophical, of today what that Experience is.