The adventures of Gerard 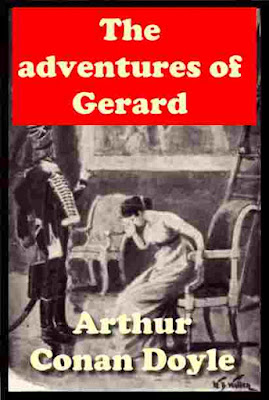 Review by Julian Cribb
One probably has to be English to get the most out of Etienne Gerard, who is one of Conan Doyle's most beautifully-drawn characters (as good as Sir Nigel or even Sherlock) and a wonderfully bitchy British satire on the French. Etienne is an old Napoleonic grognard who attributes much of the Emperor's success to himself, gallant beyond belief, with a gallic overestimation of his abilities, charms and achievements to rival Cyrano.
If you understand the centuries-old Franco-British rivalry, you will revel in his adventures. The episode of the fox, especially, brought tears to my eyes. Gerard fumbles and brags his way through the Napoleonic wars, managing to make a complete cock of just about everything yet somehow escaping with the credit.
the book details : Download 10.6 MB