The origin and evolution of freemasonry

connected with the origin and evolution of the human race 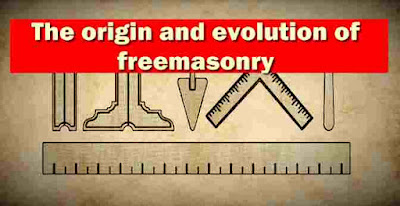 From the introduction:
At the present time, many countries are suffering from Socialism and Anarchy, with the attendant evils that always have been associated with every nation wherever the ignorant classes have been allowed to predominate in the councils and the government of the country, with the result that civilization has not been retarded onlv, but set back again for hundreds of years, at least in the progress of evolution in these countries.
This evil is now threatening the whole of humanity and can be arrested permanently only b}^ the Unity of the Brotherhood of Freemasonry, and it is to point out these facts and the remed}' that it has been willed I should write this book for the knowledge of the Brotherhood.
The Unity of all the Brotherhood of Freemasonry throughout the world is the only means for a permanent Universal Peace. And what reasons are there against a Universal Brotherhood being formed to establish permanent Peace throughout the w^orld under the principles and tenets of the Craft? Herein have I set forth details of the same.
It is at the request of many Brothers I publish this book. I do so more readily because it supplies a link missing in my former publications, giving to the Brotherhood a further proof of that knowledge which they seek, and which very few, if any, members of the Craft have ever devoted much time and study in scientific research as is necessary to speak with authority on the subject matter. In order to gain a true conception of the origin and evolution of Freemasonry, its Signs, Symbols, and all its Rituals and Ceremonies, one must have also a knowledge of the origin and evolution of the Human Race, with all the Totemic Mysteries performed in Sign Language by Primitive Man.
They are linked together pari passu, and the answer as to the origin of all our Brotherhood can be found only by unravelling the mystery and causes as to why we find different types of the Human Race, their different beliefs being in many cases analogous, and all using the same Signs and Symbols — although under -different terminology, and scattered over the face of earth and water throughout this world.
There are two important subjects we must study and master before v/e can arrive at the critical truth. The first is the Periodic Laws of the Corpuscles, which govern the evolution and devolution of the Universe and by -which T.G.A.O.T.U. created all things, and is forever creating, and balances devolution by evolution.
The second is the learning and comprehending  " Sign Language " in all its phases, that being the mode of registering the prehistoric past before verbal language came into being, by a continual repetition in the Totemic and other Mysteries or Ceremonies of Primitive Man.
I, therefore, will try to teach you some knowledge of the Periodic Laws of the Corpuscles — in other words, '' The Divine Laws of the Universe "; otherwise you will fail to understand how and why progressive evolution is constantly and forever taking place, its objective being to a " higher type of Homo " ; devolution being but one phase of this progressive evolution.  the facts I have herein set forth can be verified as the truth b}' any Brother who will devote sufficient study and scientific research to the subject matter.
These can be found written on stones, papyri, in the Ritual of the Resurrection of Ancient Egj'pt (written in Sign Language), and amongst the inner African and other native tribes in various parts of the world, and follow the Laws of Evolution and the migrations of the Human Race. I am greatly indebted to the Rev. J. M. Douglas Thomas, F.R.G.S., and Mrs K. Watkins for correcting the MS. and for the drawings contained in this work.

Some of the Contents:

Introduction ........ 7
CHAPTER I
Periodic Laws of the Corpuscles and Socialists . . 15
CHAPTER II
Life and what It is— Material, Spiritual and Evolutional 48
CHAPTER II
Sign Language . . , , , . .76
CHAPTER IV
Creation and Evolution to Pygmies — Pre-Totemic Homo, with Origin of the First Symbol . . . .82
CHAPTER V
Evolution of Totemic People and Origin of Some of Our Signs, Symbols, Ceremonies, and Explanations of the Same . . , . . . . .90
CHAPTER VI
Stellar Cult People and Origin of other Signs and Symbols — The Seven Lesser Mysteries — The Initiatory Ceremony — Written Language — Ancient Hittite Inscription translated — Origin of the Operative and Speculative Masons and Differences . . . -113
CHAPTER VII
The Lunar Cult — The Solar Cult — Origin of other Signs and Symbols— Origin of the Ten Greater Mysteries, or Mysteries of Amenta — Their Perversion by the Greeks and other Nations ..... 139
CHAPTER VIII
Horus of the Double Horizon and Early Solar Cults. 150
the book details : Download 10.3 MB