The fair maid of Perth: or, Saint Valentine's day 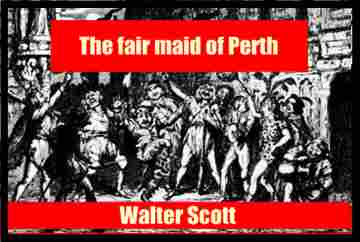 Plot summary
A stormy picture of Scotland in the reign of Robert III, full of action and strife, the fierce dissensions of nobles, and the feuds of unruly clans. Perth and the vicinity are the scenes, and one of the most memorable episodes is the historic battle on the South Inch between the Clans Chattan and Quhele, a truly Homeric contest.
The hero, Harry Gow, is a doughty armourer of Perth, who wins the much-courted daughter of a burgess; many distinguished Scots boast descent from this pair. The weak and unfortunate King, the intriguing Duke of Albany, and the dissolute Rothesay, the Earls of Douglas and of Dunbar and March, figure prominently among the nobility.
Historical fiction.
the book details : Download The Fair Maid of Perth - 10/5 MB