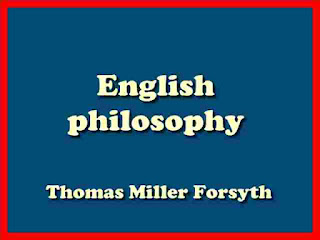 Few words are necessary about the contents of this book. Its scope is sufficiently indicated by the qualification introduced in the sub-title. But the title itself perhaps calls for an explanation. It is used rather than any alternative, because what is commonly called the English method characterizes distinctively the philosophy of the English-speaking peoples, and because my subject is mainly the development of this method and the significance it has for the character of this philosophy.
The headings of the chapters, again, merely designate the various aspects of the subject or lines of the general development. Anything in the nature of a history of English philosophy would require the outline filled in, to an indefinite extent, under each of them.
The whole is little more than a suggestion, which it is yet hoped may be of some service to the student of philosophy, and which future workers may in one way or another utilize. It is impossible for me to state my obligations with any degree of fullness.
The book is rather an outcome of my whole reading and thinking on philosophic questions; in which a great variety of influences have had a share. My chief debt of gratitude is to Professor A. Seth Pringle- Pattison, whose teaching in philosophy gave me my start on the road of its further study, and who has taken a very kindly and helpful interest in my efforts. Of other living writers, I owe most to such different thinkers as Professor G. F. Stout, Mr F. H. Bradley, and Mr S. H. Hodgson.
The principles that have formed the guiding lines of this Study can, in general, be referred to the work of one or other of these philosophers. To the writings of Mr Hodgson I am indebted more particularly as regards the nature of philosophic method; to Mr Bradley, in the general conception of knowledge and its relation to reality; and to Professor Stout, for the principle of the conative character of consciousness. A few other acknowledgements are made, on special points, in footnotes. My quest of truth amidst the conflict of philosophic opinion has yielded me, as a definite outcome, at least the conviction that these — the experiential method, the fundamental identity of experience and reality, and the relativity of knowledge generally to life or practice — are equally essential aspects of it, and that the way to further truth lies somehow in their union.
Some such ' voyage of discovery ' as the present inquiry was a necessity for me before I could get a foothold for any more specialized investigation.
This is my plea on behalf of what might otherwise seem, notwithstanding its generality, a somewhat ambitious enterprise. A portion of the following treatise has already been published in the form of two articles in Mind (N.S., vols, xiii and xvi).
The parts that deal more especially with the subject of Method were, in their original form, my Thesis for the Doctorate in Philosophy at Edinburgh. The rest is new, and the plan of the whole has been remodelled. It is incidental to the mode of treatment adopted that there should be a certain amount of redundancy: I have sought to minimize this as far as possible. The index of the authors treated of or cited, along with occasional cross-references given in the footnotes, will enable the reader to bring allied passages together.
the book details : Download 9 MB