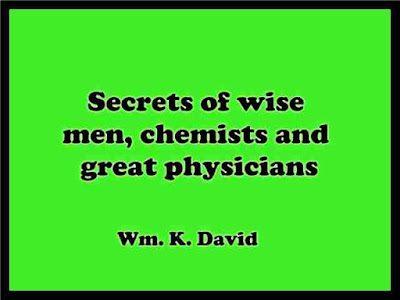 illustrated: comprising an unusual collection of money-making, money-saving, and health-giving prescriptions, receipts, formulas, processes and trade secrets
It is surprising how many large enterprises and fortunes depend upon some few simple trade secrets the knowledge of which has baffled competition and crushed all rivalry.
The jealous care with which special information in trade and manufacture is guarded frequently renders it a monumental task to procure a single receipt or formula. Some idea, then, may be formed of the vast amount of labour and expense necessary to compile a work of this character. Books of recipes are quite numerous, but to the average person, the good they contain is too often buried beneath a mass of wordy rubbish.
In the preparation of this work, the object has been to present all the best as well as the latest practi¬ cal receipts, prescriptions, and trade secrets. Over a quarter of a million pages of patent-office reports, encyclopedias, trade journals, receipt books, and other special publications have been carefully scrutinized.
To the knowledge obtained from them, we include the original matter procured from tradesmen, chemists, and the published works and private practice of some of the most eminent physicians both in this country and Europe, a greater portion of which has never before appeared in print; all of which has been carefully tested were any doubt existed. It will be found that few if any, misleading directions have been given.
The prescriptions have been reproduced, after careful thought, in the form in which they were originally written. In having them filled patronize only honest and capable druggists. In testing the recipes follow the directions with rigid care, and practice on a small quantity of the article until you get it right. Realizing that perfection in anything has never been attained, we believe that the work contains more really practical information for use by the masses in everyday life than any similar publication.
the book details : Download 6.3 MB