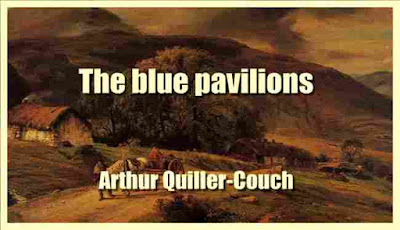 Plot summary:
Harwich and Holland, chiefly in the year 1691 a crowded episode in a young man's life. Two dauntless old sea-captains, eccentric and humorous figures, who quarrel over the guardianship of the hero, son of the woman they had loved and lost, are the most striking figures; the villain is an adventurer who has dealings with all parties, including King James at St. Germains; and King William and the future Duke of Marlborough appear in some humorous scenes.
From preface:
I will not write your name, for we have long been strangers; and I, at any rate, have no desire to renew our friendship. It is now ten years and more from the end of that summer term when we shook hands at the railway station, and went east and west with swelling hearts; and since then no report has come of you. In the meantime you may have died, or grown rich and esteemed; but that you have remained the boy I knew is clearly beyond hope.
You were a genius then and wrote epic poetry. I assume that you have found it worthwhile to discontinue that habit, for I never see your name among the publishers' announcements. But you!" poetry used to be magnificent when you recited it in the shadow of the deserted fives court; and I believe you spoke sincerely when you assured me that my stories, too, were something above contempt. To the boy that was you, I would dedicate a small tale, crammed with historical inaccuracy. Today, no doubt you would recognise the story of Captain Seth Jermy and the Nightingale frigate, and point out that I have put it seventeen years too early. But in those days you would neither have known nor cared. And the rest of the book is far belated. Q
the book details :  ( Historical Fiction)Download The blue pavilions 13.4 MB