Broke - the man without the dime 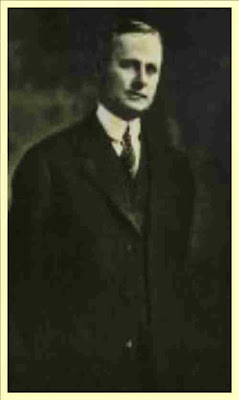 I was born on the 28th day of April 1857, in the village of Port Byron, Rock Island County, Illinois. The waves of the grand old Mississippi sang my lullaby through a long and joyful childhood. So near at hand was the stream that I learned to swim and skate almost before I was out of kilts. My father, A. J. Brown, at that time, was the leading merchant and banker in the town.
We were an exceedingly happy and prosperous family of six. My father died when I was seven years of age. My mother, a woman of exceptionally brilliant intellect and lovable character, has been with or near me almost all my life. She died in 1909 at the ripe age of eighty-four. When a boy in my teens I attended school in Boston, where I spent four years.
In the early eighties, I moved to Colorado and have lived there ever since. In 1897 / was married, and the intense interest and sympathy my wife has shown in my crusade for the homeless has been one of my greatest encouragements. With no children for company, it has meant a great sacrifice on her part } for it broke up our home and voluntarily separated us for nearly two years. I have often wondered why I should have been the one to make this crusade, for all my life I have loved solitude, and have always been over-sensitive to the criticism and opinions of others. the mission is not based upon any personal virtue of goodness, but I have been inspired with the feeling that I had taken up a just and righteous cause, and the incentive of all my efforts has ever been that of compassion not to question whether a hungry man has sinned against society, but to ask why he is not supplied with the necessities of existence.*] I am trying to solve these questions: Are our efforts to help the unfortunate through the medium of our " Charities," our " Missions," and our churches all failures?
Why is crime rampant in our cities? Why are our hospitals, almshouses, our jails, and our prisons crowded to overflowing? And these questions have resolved themselves for me into one mighty problem: Why is there destitution at all, why is there poverty and suffering amidst abundance and plenty?
I am convinced that poverty is not a part of the great Eternal plan. It is a cancerous growth that human conventions have created and maintained. I believe it was intended that every human being * The author asks forbearance for the direct personalities contained in the Introductory, which has nothing to do with the writer's appeal, and it is simply given as a reply to many inquiries. should have food and shelter.
Therefore I have not only asked " Why? " but I have tried to find the remedy. My crusade has been constructive and not destructive. My mission is not to censure but to disclose facts. I am without political or economic bias. I shall ask my reader to go with me and see for himself the conditions existing in our great cities, to view the plight of the homeless, penniless wayfarer, who, because of the shortsightedness of our municipalities, is denied his right to the decent, wholesome food and to sanitary shelter for a night.
And my concern is not only the homeless man but the homeless woman, for. there are many such who walk our streets, and often with helpless babes at their breasts and little children at their sides. And after my reader has comprehended the condition that I shall reveal to him, I shall ask him to enlist himself in the cause of a Twentieth-Century Free Municipal Emergency Home in every city, that shall prove our claims to righteousness and enlightenment.
Today there is everywhere a growing sense of and demand for political, social, and economic justice; there is a more general and definite aim to elevate the condition of the less fortunate of our fellow citizens; there are united efforts of scientific investigators to discover and create a firm foundation for practical reforms. I am simply trying to show the way to one reform that is practical, feasible, and since the test of everything is the dollar good business.
If I can succeed in showing that old things are often old only because they are traditional; that in the evolution of new things lies social salvation; that the "submerged tenth", is submerged because of ignorance and low wages; and that the community abounds in latent ability only awaiting the opportunity for development, then this volume will have accomplished its purpose.

I MY ITINERARY AND WORKING PLAN .... 3
II THE WELCOME IN THE CITY BEAUTIFUL TO ITS BUILDERS 8
III CHICAGO A LANDLORD FOR ITS HOMELESS WORKERS 28
IV THE MERCIFUL AWAKENING OF NEW YORK ... 42
V HOMELESS IN THE NATIONAL CAPITAL ... 48
VI LITTLE PITTSBURG OF THE WEST AND ITS GREAT WRONG 57
VII "LATTER-DAY SAINTS" WHO SIN AGAINST SOCIETY 62
VIII KANSAS CITY AND ITS HEAVY LADEN . . . .71
IX THE NEW ENGLAND "CONSCIENCE" 82
X PHILADELPHIA'S "BROTHERLY LOVE" 95
XI PITTSBURG AND THE WOLF 104
XII OMAHA AND HER HOMELESS 117
XIII SAN FRANCISCO THE MISSION, THE PRISON, AND
THE HOMELESS 123
XIV EXPERIENCES IN Los ANGELES 136
XV IN PORTLAND 144
XVI TACOMA 160
XVII IN SEATTLE 164
XVIII SPOKANE 172
XIX MINNEAPOLIS 178
XX IN THE GREAT CITY OF NEW YORK 183
XXI NEW YORK STATE THE OPEN FIELDS . . . .197
XXII THE LABORER THE FARMER'S GREATEST ASSET . . 207
XXIII ALBANY IN THE MIDST OF THE FIGHT. 218
the book details : Download 30 MB