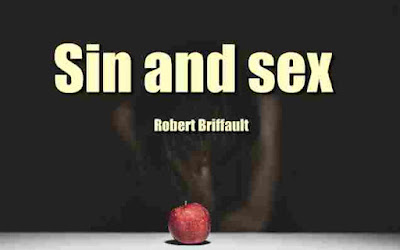 In ethics, as in every department of human thought, there are two kinds of opinions, namely, those based upon tradition on the one hand, and on the other hand, those having something in their favour. The following pages constitute an able and vigorous attempt on the part of Mr Briffault to induce his readers to base their ethical opinions upon something other than the prejudices of the average members of the last generation.
The writer on ethics is in the awkward position that, since his opinions are concerned with right and wrong, those who differ from him consider him not merely mistaken, but wicked. This attitude makes the rational discussion of ethics very difficult. It is, however, help to become aware, as the study of anthropology makes one aware, of the extraordinary diversity of customs that have been considered moral in different times and places.
If, as our conventional moralists would have us suppose, the tradition of the elders of the tribe is the ultimate authority in ethics, we are forced to conclude that virtue is local and topical. This conclusion is intolerable to a philosophic mind, which cannot but desire to derive virtue from some general principle, such as justice, or happiness, or wisdom, or whatnot.
An honest attempt to derive virtue from no matter what general principle is certain at many points to conflict with what is purely traditional. It will not, however, on this account be ill-thought of except by those to whom a philosophic outlook is impossible. The reader will find in Mr Briffault’s pages a great deal of matter for his earnest consideration. To a distinguished anthropologist such as Mr Briffault, the extent to which opinions having a purely superstitious origin persist in each one of us from mere force of habit has been made evident by his studies, but to most of us, the influence of habit upon our ethics is difficult to realize, especially as the reaction of self-protective indignation often enables us to repel even the most powerful assaults of reason.
To any reader who feels inclined to indulge in indignation at any of the contents of the following pages, I would suggest that his emotion is evidence of his unreason and of the importance of attempts to teach him to view traditional tabus calmly. If two men dis- agree as to whether Egypt or India was the source of civilization, this is not taken as evidence of the depravity of either, but if they disagree as to the chastity of ancient Egyptian women, this is taken to prove that one of them is a lewd fellow.
Mr Briffault may be right or may be wrong in any particular opinion that he expresses, but in one respect, and that the most important, he is certainly profoundly right, namely, that his appeal is to reason and not to prejudice.
It is curious that men and women who can think rationally about every other subject often have their minds completely closed to arguments where sex is concerned, This attitude is causing a very great deal of preventable unhappiness, and it is the duty of everyone who does not wish to promote misery to do what he or she can in the way of becoming as reasonable on this as on other subjects.
In old days the territory of superstition embraced agriculture, the criminal law, journeys, funerals, indeed practically everything that was regarded as important; gradually it has become restricted until almost nothing is left within it except sex. I hope that Mr Briffault’s book will contribute, as it is well calculated to do, to the dislodging of superstition from this last remaining stronghold.