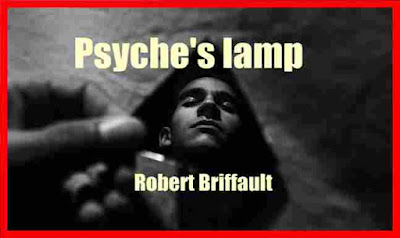 A revaluation of psychological principles as the foundation of all thought

At a time when so much in our estimates, conceptions, opinions, calls for fundamental reconsideration we are reminded that all thought and discussion, to whatever aspect of confronting problems, social, political, ethical, vital and personal, they may be directed, posit psycho- logical premisses. Every exploration of the stream of human affairs leads us to its fountain-head, the soul of man; and it is upon our view of its nature and operation that all our evaluations must finally rest.
European thought, on emerging from the quaint rectilinear rigidities of scholasticism, was compelled to regard epistemology, the theory of cognition, as the propaedeutic to all other thought. But far more is involved in the questions that press upon the modern mind than mere speculative curiosity; and it is not our view of the operation of our cognitive powers alone, but of the springs and determinants of all action and of all thought, of all desire and endeavour, which, it is borne in upon us, is implicit in all our judgments. In the darkness and confusion of a human world under reconstruction, where immemorial landmarks lie strewn and buried under the debris of collapsed super-structures, we shall vainly endeavour to thread our way to any purpose unless we can pierce the obscurity by the light of Psyche's lamp. It is in some measure from a sense of that need that reflective persons are drawn with renewed interest to psychological problems, and that many who are unaddicted to the sciences and to whom the very uncouthness of their language is repellent are disposed to relent from that attitude in favour of the science of the soul. The zeal of those enthusiastic inquirers meets, I fear, with much discouragement and disappointment. Their reports are in general most disconcerting. I have heard some declare that there is no such thing as a science of psychology; that one might reach deep enough in the study of its accredited textbooks and find little.
The fact is that psychology is not an organized science. Any department of inquiry becomes an organized science only under the unifying and vitalizing influence of some principle of interpretation that touches its basic conceptions and informs each isolated fact with a significance that knits it with all others into an organic whole. And, since primitively the human mind leaves no blanks in its scheme of things, any such basic interpretation can only be attained by violently displacing principles and conceptions previously accredited.
Thus astronomy first became an organized science by the overthrow of the geocentric system and the enunciation of the Keplerian laws; dynamics arose from the downfall of the Aristotelian dogma of motion and the formulation of the laws of Galilei; chemistry with Lavoisier's exposure of the doctrine of phlogistic substance and his explanation of oxidation.
Biology came into being by the collapse of the dogma of creation; though, failing a consistent view of the mode of operation of evolution, it remains in the Copernican and has not yet reached the Keplerian phase of development. Physiology and psychology have not yet become organized sciences at all. They are merely aggregates of disjointed theories and observations which, however valuable in themselves, afford no view of the general character of the phenomena which they investigate.