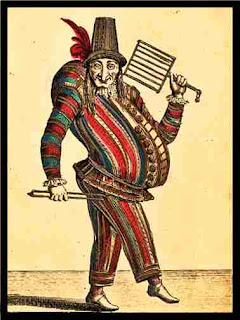 From introduction:
Despite, or perhaps by reason of accidents of stature and fortune, my luckless ancestor, Anthony Dallas, stands out in picturesque relief among the stolid figures that furnish our family annals.
When as a child I first noted the old oil painting that represents a man with the figure of a dwarf and the head of a Titan, I was drawn to the face that stared out of the canvas with tired, miserable eyes, in which was written experience of a more generous lot of suffering than falls to the majority. When I learned that he had made a great name in music, and was also the hero of a romance of which none knew the rights, but which had undoubtedly more gained than lost by an imaginative transmission, my older years withdrew nothing from the first warm interest of my childhood.
For years my curiosity was somewhat starved, for the biography that circulates with other dreary volumes of the kind — the same biography to which Dallas refers with such bitterness — holds nothing but the record of a genius who marched triumphant to success, and apparently breathed on inaccessible heights an air denied to meaner mortals. " Indifferent," runs the quaint old phrase, " to luxury, women, and social life. Master Dallas spent his long life in arduous musical composition, finding sufficient reward in the rich appreciation of the artistic world."
In the opening chapters there is a hint of an early romance that ended badly, and for the time threw a shadow over Master Dallas's life; " but," it runs, " he entirely sur- mounted the unhappy outcome of this youthful attachment, and found ample compensation for domestic joys in the full exercise of his art." As I write this the picture is before me, and almost I could fancy that the delicate mouth twitches and the sombre eyes smile. Poor Anthony!
His face haunts me with its piteous gaze of non-comprehension — so does a child look suffering an undeserved punishment. I would have sacrificed much leisure and patience to have unravelled the truth of the romance, which his own chronicler dismissed so curtly, and that has gradually drifted and dwindled in careless mouths, till it has lost all claim to veracity, and is surmised by some to have been a low intrigue, by others a hopeless attachment to a lady of high degree; it has been bestial, it has been platonic, that romance, but always entirely subjective and dependent on the temperament of the raconteur for the form it took. Poor Anthony; he would have mocked with the best.
I discovered the truth by a most trivial accident. In one of the morning-rooms at Dane's End, where Dallas was born and lived the first part of his life, and where I have so far followed his lines, there is an old square table, riddled, I may say, with drawers, pigeon-holes, and manifold receptacles for papers. Here, goes the legend, Anthony was found dead with his head lying on his arms, and a manuscript scarcely dried before him.
For the truth of this, I cannot vouch — the statement has a pic- turesque completeness that wakes unkind criticism, but here in this table, hunting for a letter of my own, I pulled out a drawer and dis- covered that behind it was a false back, seemingly the end, in reality, the beginning of another receptacle, and here, pushed far back, thick with dust and cobwebs, the yellowed to pages almost falling apart from the stress of years, I found the truth of that romance. " Punchinello " was scrawled across it in large defiant letters, but there were marks on it from the making of which both spiders and years could claim exemption.
The pages were blistered with old scars of bitter tears. Poor Anthony — they made a quaint framing to the defiant " Punchinello " that filled the middle of the sheet. I opened the manuscript, and once under its influence, read and read, gathering every moment clues to the complex face on the canvas.
It was not altogether a pleasant perusal, not touching by many lengths the exquisite tales furnished by the fervid imaginations of those who, strong in the knowledge of ancient lore, and pitying my curiosity, made me free of their most finished solutions of my difficulty.
" A romance, of course! Anthony Dallas, your ancestor — somebody wrote his life — somebody said " And then would flow forth, in irresponsible gay tones, travestied gorgeous readings of what by the light of surer knowledge I can but term a pitiful tale. Unfinished, carelessly written, " eternally vapouring," as the author has it, the old MS. possesses for me an indefinable charm, with its sad telling of a life that, apparently cursed by Fate, yet met shipwreck by the means that should have proved its salvation. Perhaps he frightened her over-much for all his love. Poor little Nan « If Anthony comes to know." The pity of it that he did not. I should have preferred a more comfortable ending to this most unfortunate tale; but as poor Anthony, himself would scoff, — the painted lips almost quiver with life and speech as I stare at him — There is always the biographer.
the book details : Download 9 MB