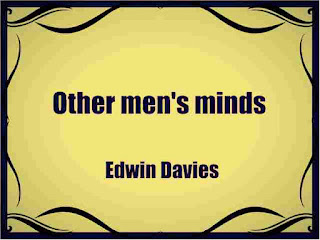 or, Seven thousand choice extracts on history, science, philosophy, religion, etc., selected from the standard authorship of ancient and modern times, and classified in alphabetical order

From preface:
Long ago it used to be said — that there was a nobleman in France, in whose domains all the wood and stone, when split or hewn, bore the owner's coat of arms Depicted upon them by Nature. I shall not inquire into the truth of the story; but at least it is certain — that the man of piety and observation finds in all the creatures the mark, name, and arms of his benign and merciful God. The Book of Nature — to say the same thing in other words — has many thousand leaves, upon all of which the finger of God has inscribed His goodness; and He scatters them in every place, that we may never want the opportunity of contemplating the height and depth of His love. Happy the man who reads and devoutly meditates upon them!
Dread of Criticism Shown in a For the doctrine the author offers no apology, — it is his joy in life, and his hope in death: the style will be, as usual, severely attacked. If it shall be proved that his reasonings are vitiated, and his statements are incorrect, he shall bow to that judgment.
Still, will he stoop, if the sensor is of a sufficient order of intellect to warrant a jest and sneer; only let him not be reproved in a vein of language, and with a course of illustration, which inspired no stimulating zest by containing any superior model.
have such a facility in writing verses, and also in my invention, that a poem of double its length would have cost me little trouble. Although it contains only eleven thousand lines, I believe that longer epics do not exhibit more embellishments than mine.
is not necessary that I say much; the nature of my academic situation, a great deal of leisure since my retirement from it, the recommendation of an honoured and excellent friend, the not perceiving in what way I could employ my time or talents better, were the considerations that directed my thoughts to this design. Nor have I repented of the undertaking.
Whatever be the fate or reception of this work, it owes its author nothing. In sickness and in health I have found in it that which can alone alleviate the one, or give enjoyment to the other — occupation and engagement.
the book details : Download 45.7 MB