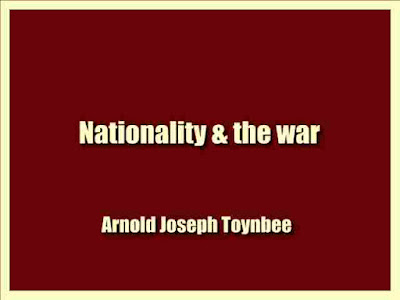 This book is an attempt to review the problems of Nationality in the area affected by the War. My principal object has been to present the existing facts in their historical setting, and where these facts are of psychological order, as they so often are, I have tried to reproduce sympathetically the different nations' conflicting points of view. Some readers will regret that I have not confined myself to narrative altogether, and will resent the * will ' and " ought " that punctuate the " was " and " is." I would answer them that this practical application is the justification of the book.
National questions are of absorbing interest at all times to the particular nations they concern; they are of occasional interest to the professional historian who touches them in the course of his research; to the world in general they are normally of no interest at all. " But what are we to do about it ?' " people exclaim when a problem is thrust upon their attention, and finding no answer they hark back to their own affairs.
This normal life of ours has suddenly been bewitched by the War, and in the " revaluing of all our values, the right reading of the riddle of Nationality has become an affair of life and death. The war has exploded the mine upon which diplomatists have feared to tread, and we are walking in a trance across ruins. Solvitur ambulance, or else we break our necks. This is my apology for laying down the law, and it will clear up a further difficulty that might otherwise cause trouble. '* When you change from present to future," readers will say, " Which do you mean to expound — what will happen, what may happen or what ought to happen  "

Certainly not what " will happen  '' If we win " is the implied hypothesis of every sentence I have written, a hypothesis that baffles prophecy. If I become categorical, it is a lapse of style, not of standpoint. Certainly not what " ought to happen " in the Utopian sense: political problems have no universal solutions. What does not meet the situation meets nothing: what meets it today will not meet it to-morrow, because the situation itself will have been transformed by being met.
My text is what may happen," yet " may " partakes of both " will " and ' ought ": its meaning varies with its application. The problem of Nationality has come to concern ourselves, and so far as it concerns us it depends upon us for its solution — upon our intellectual judgments, the making up of our mind, and upon our moral judgments, the determination of our will.
We " may " think this or that thought, feel this or that feeling, and each will give a different cast to the clay fate has thrust into our hands. We have to decide which way we " ought " to fashion it.
Yet the solution depends upon others as well. In "" ourselves " we often include our allies, but the power of the British will to influence Russian action is slight indeed, and when we deal with neutrals or enemies, our own will ceases to count while theirs becomes all-important.
This will of other parties is for us an objective fact: we can conjecture what it is likely to be, and frame our own action either to thwart or to promote it, but we cannot determine their will from within, and it is, therefore, idle for us to debate what they " ought " to do. In discussing what " may happen " on the European continent we have simply to discover what national ideals or ambitions will assert themselves if the war removes certain forces like the traditional regime in Prussia or the Dual System in the Danubian Monarchy, which hitherto have prevented large groups of the population from exercising their will and working out their own salvation.
the book details : Download 14.6 NB