The hygiene of mind 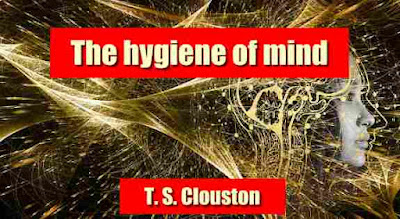 Excerpt from the author introduction:
How Science can benefit Life is the greatest practical problem of modern civilisation. It is now being solved in a thousand ways. Whether this treatise on The Hygiene of Mind will in the least aid in its solution remains to be seen. Health is now in the air.
How the mind of man can be strengthened, widened, and made a more efficient instrument through the application of modern scientific and physiological knowledge is a question of intense interest. I well know how presumptuous a thing it will seem to some persons to suggest that modern Science may succeed in doing what all the great philosophers, moralists, and religious teachers of the past have been trying to do for six thousand years.
The justification of that suggestion is that evolution, physiology, psychology, and modern preventive medicine have now placed knowledge at our disposal which none of those great men of old had access to. If the scientific view that the Mind has been evolved, like all else in the world, through the long ages of the past and has slowly reached its present stage through fixed laws is true, then it assuredly follows that it may still further grow and reach stages it has not yet attained through the operation of the same laws.
The exclusively metaphysical view of Mind has so taken possession of the world that it will die hard. The wisdom and experience of the ages, with their axioms, rules, and assumptions as to how Miad should be educated and treated must, in this later time, at least receive a scientific interpretation in so far as they are true.
No one can look into the problems treated in this book and the literature of the subject without being deeply impressed by the way in which modern scientific conclusions about the health of body and mind have often been anticipated by the wise men of the prescientific era. It is not generally realised that a necessity is laid on modern Science to bring morals, conduct, and even religion, under fixed laws and to harmonise them with the reign of law everywhere apparent in the universe.
It is now a universally accepted fact that the body is capable of improvement by the application of hygienic rules, and that thereby the life of man and his happiness are bettered. It is also proved by physiology that mental action is absolutely co-related with brain activity, and it, therefore, does not admit of doubt that the mind may also be bettered through the brain and bodily hygiene.
To put into popular language some of the known facts thus far ascertained and to extend the conclusions from those facts in regard to mental betterment through physiological, psychological, and medical means is the object of this book. Its aim is practical, and by that standard only it should be judged. The chief excuses for its many faults and omissions must be the novelty and the difficulties of the subject, the imperfection of our knowledge and the incomplete equipment of the author.
the book details : Download 13.4    MB