Lest we forget - a keepsake from the nineteenth century 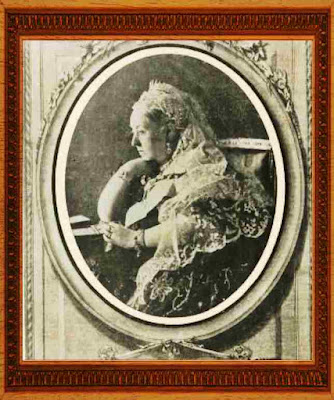 This book illustrates the most important things that happened in the 19th century
This charming book is not a new life of Christ; it is not a theological or ethical treatise upon it. It is just simply an arrangement of the matter contained in the four Gospels into one consecutive modern narrative.
The author has really edited the sacred narratives, and, without using a single word of his own, has reconstructed the life and teaching of our Lord. The objection to the ordinary ' Lives of Christ,' even the best of them, is that they are purely human pro- ductions, and seldom satisfy the taste, imagination, and reverence of the Christian reader.
The present work is wholly free from that objection, inasmuch as it is entirely composed of the words of the sacred narratives themselves. They have simply been carefully, reverently, and skilfully edited."

INTRODUCTION
I. SOME CHARACTERISTICS OF THE
CENTURY
The Man of the Century — Napoleon.
The Growth of the English-speaking World.
The Development of Russia.
The Awakening of the East.
The Scramble for Africa.
The Passing of Spain.
The Birth of New States.
The Failure in Ireland.
The Empire in India.
The Object-lesson of Afghanistan.
The Evolution of Democracy in Britain.
The European Concert.
Darwinism: the Master Dogma.
The Abolition of Slavery.
The Era of Emancipation.
The Curtailment of Individualism.
The Emancipation of Woman.
The Wars of the Century.
The Hague Conference.
The Triumphs of Steam and Electricity.
A Century of Science.
Journalism and the Press.
The Newgate Calendar of the Century.
Assassinations and Atrocities.
The Reform of the Criminal Code.
Amusements of the Masses.
Moral and Social Improvement.
Socialism and its Programmes.
Rationalising Religion.
Romanising Catholicism.
The New Catholicism.
the book details :
Download 24 MB contains illustrations