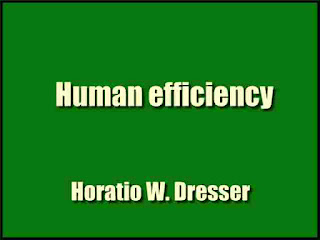 a psychological study of modern problems

This study of human nature has been written with the conviction that every man desires fulness of life, hence is willing to undertake any investigation which promises to put his insurer the command of his resources.
It endeavours to dis- close various lines of development in such a way as to arouse enthusiasm for one of the most fascinating subjects that ever engage human attention the study of the human mind. In so doing no attempt is made to persuade the reader that there is one, and only one road to success, one theory or principle of interpretation. The purpose of the book is rather to aid each reader to investigate for himself and advance from the point already attained. Hence while the book is offered as a contribution to the science of human nature, it is first of all practical.
In the beginning, and more or less throughout the volume, the discussion is connected with a recent movement of great promise. Hence while the purpose of the succeeding chapters is not to discuss industrial efficiency, the first chapter refers to the new science of business, the promises it in iv Preface affords, the problems to which it gives rise.
With the distinction between industrial and other types of efficiency the discussion enlarges to the scope of essentially human interests, in contrast with those of a class, or the demands of the mere "time- planner." From this point on through several chapters, the book might be called a treatise on applied psychology, with special reference to mental coordination, the economy in the use of nervous force, the efficiency of will, and other attainments that make for practical success. T
he concluding chapters are devoted to applied ethics, always with a view to individual efficiency. The point of view does not call for the usual sharp distinctions between practical life and the sciences. Indeed, the book was written in part to pass beyond these distinctions and make clear the relationship of psychology and ethics to life. It thus takes exception to treatises which while admirable pieces of science bear no relation for the plain man to his daily interests.
The writings of Professor Wm. James is deemed an exception, hence in these pages abundant use is made of the psychological teachings of our greatest author in this field. It is plain that the movement in behalf of efficiency, now attracting widespread attention, affords points of connection between science and life not hitherto noted. For it begins in a neutral field. far from the arena in which the issues between capital and labour are just now being fought out, adjoining the territory which socialism claims but not identified with it, contiguous to the entrancing region which we call "success," and related to the domains of education and moral reform.
A man can be persuaded to be more efficient who cannot be persuaded of anything else. For, to repeat, what we want is life in its fulness, something which shall touch the whole man, enabling us to employ our capacities to the full. Once interested in putting all our powers into one thing in such a way as to bring satisfaction, possibilities without limit will be opened before us. While, then, increased efficiency at first glance appears to mean an attempt to get the utmost from our organism each working day, it soon proves to involve higher considerations.
To say this is not to ignore the fact that economic demands are imperative. Nor is it to accept the present social order as the best. But the man who endeavours to become more efficient in a comprehensive sense of the word will find himself tracing human miseries and dis-abilities further back until compelled to face the elements in his own life that must be changed. He will turn, for example, to his own impulsiveness as a cause of trouble, to his fault-finding or rebellious spirit, his unreasoning attitude, the inner conflict between old forces and new ideas.
Such interests will naturally lead to a study of the springs of human action, the sources of power, the mental attainments which enable a man to employ his energies effectively. Hence the present volume is not alone devoted to either physical or mental efficiency, but traces mental coordination and the control of the brain to their foundations, carrying the two interests side by side. The general point of view is that in addition to the talents which enable a man to become a good artisan, manager, teacher, manual or brain- worker, there are activities which prompt us to achieve the type, transmute disposition into character, and to work for ideals.
This leads to a plea on behalf of the many incentives that stir the human breast, the varied sorts of workmen engage in, and the diverse modes of pursuing ideal ends. Hence the contention that we should live and let live receives a new force. Psychologically, this is supported by a new study of the will, tending to restore the will to its proper place in contrast with the recent interest in suggestion and the subconscious. Ethically speaking, this emphasis on the conscious individual leads to the ideal of self-realisation.
At this point, the doctrine of the book is closely allied with the teachings of the ethical idealists. My hope is that this book will show those who are persuaded of this ethical ideal how and where to begin to realise the self.