The rise and fall of César Birotteau 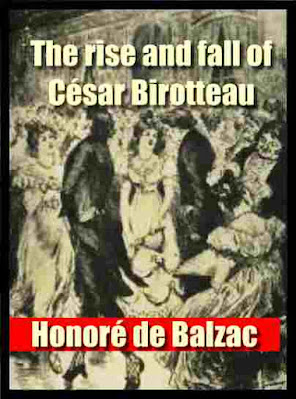 Plot Summary:
The career of a perfumer who speculated heavily was robbed by his associates and became bankrupt.
The characters are nearly all of a wholesome kind. Cesar himself is an ordinary man, whose virtues and foibles are so human that he wins the reader in spite of his absurdities.
The bankruptcy proceedings are often quoted as proof of Balzac's familiarity with the intricacies of French law.
The book also contains :
Les Secrets de la Princesse . A little drawing-room comedy that comprises some of Balzac's acutest observations on social life. A queen of fashion and a great writer is the principal persons; the profligate, brilliant aud worldly-wise princess courts this accomplished master of theoretical wisdom, who is the representation of Balzac himself; it has been described as " the seduction of genius by experience '
the book details :
Download 15.4 MB