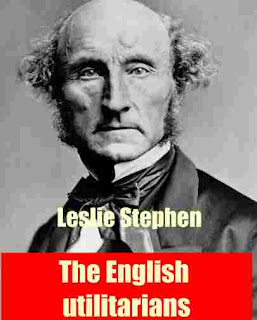 The  author in this volume illustrates the life and works of John Stuart Mill, the prominent utilitarian thinker
Excerpt:
In the next, three years he had read Homer, Thucydides, parts of the plays of Sophocles, Euripides, and Aristophanes, Demosthenes, Lysias, Theocritus, Anacreon, and the Anthology, and (in 18 17) Aristotle's Rhetoric, the first ' scientific treatise on any moral or psychological subject ' which he carefully analysed and tabulated. He did not begin Latin till his eighth year when he read Cornelius Nepos and Caesar's Commentaries.
By his twelfth year, he had read much of Virgil, Horace, Livy, Sallust, Ovid's Metamorphoses, Terence, Lucretius, and a great deal of Cicero. He had learned a little arithmetic by his eighth year, and had afterwards gone on to conic sections and trigonometry, and had begun the differential calculus. His father's ignorance of higher mathematics left him to struggle by himself with the difficulties of his later studies, but he was far in advance of most boys of his age.
He read, too, some books upon the experimental sciences, especially chemistry, but had no opportunity of seeing actual experiments. In English he had read histories, making notes, and discussing the results with his father in morning walks through the green lanes near Hornsey. He had read Hume, Robertson, and Gibbon; Watson's Philip IT. and III., 1 Cf. letter of 30th July 1819 in Bain's J. S. Mill, pp. 6 to 9. which particularly charmed him by the accounts of the revolts in the Netherlands; Rodin's Ancient History, Hooke's History of Rome, Langhorne's V March, Burnet's Own lime, the Annual Register, and Millar's English Government, besides Mosheim, M'Crie's Knox, and Sewell's Quakers. His father liked, he says, to put into his hand's books illustrative of the struggles of energetic men.
This, he says, ended what could properly be called his lessons. The whole narrative is curiously characteristic of father and son. No one could have devoted himself more unreservedly to the education of a son. While working hard for the support of himself and his family, James Mill spared no trouble to do also the whole work of a schoolmaster. The boy prepared his lessons in the room in which the father was writing, and was constantly interrupting him for help.
The father submitted but unfortunately could not submit good-humouredly. He was ' the most impatient of men,' and the most rigorous of martinets. He did not, it seems, employ the birch, but found an equivalent in sarcastic reproaches. He was angry when his pupil failed to understand him for want — not of the industry but — of knowledge and guarded against cherishing conceit by humiliating language.
When John was to leave the family, the father thought it necessary to explain that he would find himself to have learned more than other lads. But, he said, you are not to be proud of it; for it would be the deepest disgrace if you had not profited by the unusual advantage of a father willing and able to teach you Education, like other things, was evidently a matter of sanctions; and the one sanction upon which the teacher relied was the dread of his disapproval. The child was driven, rather than attracted by sympathetic encouragement.
John Mill had also to teach his younger brothers and sisters, both at this and till a much later period. Mill records his conviction that their plan (suggested probably by the Lancasterian system, in which the father was so much interested) was both inefficient and a bad moral discipline for teachers.
When Place went to visit Bentham and the Mills at Ford Abbey in 1814, he found the system at work. The children were regularly kept at their lessons from six to nine, and from ten to one. Their dinner had been delayed one day till six, because the girls had mistaken a word, and John, their teacher, had not detected the mistake. Place thinks that John is a ' prodigy,' but fears that he will grow up ' morose and selfish.'
That anticipation was happily not verified. The health of the other children, however, appears to have suffered; and, although John speaks with the warmest appreciation of his father's character, it is evident that he felt more respect than filial affection, and that, in spite of close intellectual intercourse, there was a want of such personal confidence as gives a charm to the relation in happier cases. If I cannot say that I, like his younger children, ' loved him tenderly,' says John, "I was always loyally devoted to him."
That loyalty is shown un- mistakably by every reference, and the references are very frequent, that Mill made to his father in his writings. Mill's own estimate of the result of his education is noteworthy. The experiment proves, he says, the possibility of instilling into a child an amount of knowledge such as is rarely acquired before manhood.
the book details :  Download The English utilitarians Volume 3 -  John Stuart Mill -19.6 MB