The philosophy of disenchantment 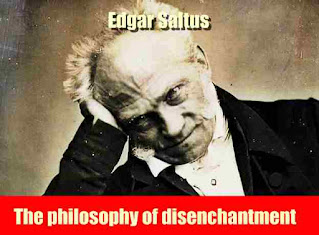 The trite and commonplace question of contentment and dissatisfaction is a topic which is not only of everyday interest, but one which in recent years has so claimed the attention of thinkers, that they have broadly divided mankind into those who accept life off-hand, as a more or less pleasing possession, and those who resolutely look the gift in the mouth and say it is not worth the having.
Viewed simply as systems of thought, the first of these two divisions is evidently contemporaneous with humanity, while the second will be found to be of purely modern origin; for from the earliest times man, admittedly and with but few exceptions, has been ever accustomed to regard this world as the best one possible, and through nearly every creed and the sect he has considered happiness somewhat in the light of an inviolable birthright..
Within the last half-century, however, there has come into being a new school, which, in deny- ing the possibility of any happiness, holds as the first principle that the world is a theatre of misery in which, were the choice accorded, it would be preferable not to be born at all.
In stating that this view of life is of distinctly modern origin, it should be understood that it is so only in the systematic form which it has recently assumed, for individual expressions of dis- content have been handed down from remote ages, and anyone who cared to rummage through the dust-bins of literature would find material enough to compile a dictionary of pessimistic quotation.
For these pages but little rummaging will be attempted, but as the proper presentation of the subject demands a brief account of the ideas and opinions in which it was cradled, a momentary examination of general literature will not, it is believed, cause any after-reproach of time misspent.
To begin, then, with Greece, whose literature has precedence over all others, it will be remembered that in former days, when the citizen ex- pended the greater part of his activity for the common good, the poets in like manner sang of national topics, the gods, the heroes, and the charms of love. There was, therefore, little opportunity for the expression of purely personal ideas, and the whole background of the poetry of antiquity is, in consequence, brilliant with optimistic effect. Nevertheless, here and there, a few complaints crop out from time to time.
Homer, for instance, says that man is the unhappiest wight that ever breathed or strutted, and describes his ephemeral existence in a wail of gloomy hexameters. Then, too, there is the touching Orphean dis- tich, which runs: — " From thy smile, O Jove, sprang the gods. But man was born of thy sorrow." Pindar in one of his graceful odes compared men to the shadows of a dream, while the familiar quotation, " Whom the gods love die young," comes to us straight from Menander.
With the peculiar melancholy of genius, that in those favoured days seems more a presentiment than the expression of a general conception, Sophocles, in his last tragedy, says that not to be born at all is the greatest of all possible benefits, but inasmuch as man has appeared on earth, the very best thing he can do is to hurry back where he came from. In spite, too, of the general tendency of thought, sentiments not dissimilar are to be found in, Aeschylus and Euripides, while something of this instinctive pessimism was expanded into a quaint and national custom by the Thracians, who, ac- cording to Herodotus, met birth with lamentations, but greeted death with salvos and welcoming festivals.

CHAPTER I.
The Genesis of Disenchantment i
CHAPTER II.
The High Priest of Pessimism 36
CHAPTER III.
The Sphinx's Riddle 77
CHAPTER IV.
The Borderlands of Happiness 124
CHAPTER V.
The Great Quietus 163
CHAPTER VI.
Is Life an Affliction? 208
the book details : Download 4.7 MB