The art of worldly wisdom 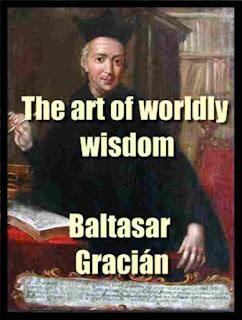 This little book was not worthy of being associated with your name^ did it not offer an ideal of life at once refined and practical, cultured yet wisely energetic. Gracian points to noble aims, and proposes, on the whole, no ignoble means of attaining to them.
The Spanish Jesuit sees clear, but he looks upward. There is, however, one side of life to which he is entirely blind, as was perhaps natural in ecclesiastic writing before the Age of Salons.
He nowhere makes mention in his pages of the gracious influence of Woman as Inspirer and Consoler in the Battle of Life. Permit me to repair this omission by placing your name in the forefront of this English version of his maxims. To those honoured with your friendship this will by itself suffice to recall all the ennobling associations connected with your sex.
My attention was first drawn to the Oraculo Manual by Mr. (now Sir Mountstuart) Grant Duff's admirable article on Balthasar Gracian in the Fortnightly ^^£/zm of March 1877. I soon after obtained a copy of Schopenhauer's excellent version, and during a journey in Spain, I procured with some difficulty a villainously printed edition of Gracian's works (Barcelona, 1734, "Por Joseph Giralt"), which contains the Oraculo Manual towards the end of the first volume (pp. 431-494).
I have translated from this last, referring in the many doubtful places of its text to the first Madrid edition of 1653, the earliest in the British Museum. I have throughout had Schopenhauer's version by my side, and have found it, as Sir Mountstuart Grant Duff says, " a most finished piece of work," though I have pointed out in the Notes a few cases where he has failed, in my opinion, to give Gracian's meaning completely or correctly. I have little doubt that I am a fellow-sinner in this regard: I know no prose style that offers such difficulty to a translator as Gracian's laconic and artificial epigrams. It is not without reason that he has been called the Intraducible.
The two earlier English versions miss his points time after time, and I found it useless to refer to them. On the other hand, I have ventured to adopt some of Sir Mountstuart Grant Duff's often very happy renderings in the extracts contained in his Fortnightly article. I have endeavoured to reproduce Gracian's Laconism and Cultismo in my version, and have even tried to retain his many paronomasias and jingles of similar sound. I may have here and there introduced others of my own to redress the balance for cases where I found it impossible to produce the same effect in English.
In such cases, I generally give the original in the Notes. Wherever possible I have replaced Spanish proverbs and proverbial phrases with English ones, and have throughout tried to preserve the characteristic rhythm and brevity of the Proverb. In short, if I may venture to say so, I have approached my task rather in the spirit of Fitzgerald than of Bohn.
The gem on the title, representing a votive offering to Hermes, the god of Worldly Wisdom, is from a fine paste in the British Museum of the best period of Greek glyptic art. I have to thank Mr Cecil Smith of that Institution for kind advice in the selection. Let me conclude these prefatory words with a piece of advice as oracular as my original: When reading this little book for the first time, read-only fifty maxims and then stop for the day.
the book details : Download 6.2 MB