Asoka, the Buddhist emperor of India 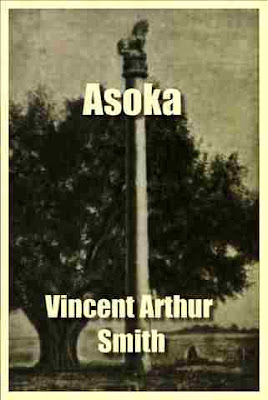 A Volume on Asoka Maurya by Professor Rhys Davids was intended to be the first of the 'Rulers of India ' series, but unfortunately, circumstances prevented the fulfilment of that intention, and the series was closed leaving vacant the niche destined for the great Buddhist emperor. With the approval of Professor Rhys Davids, I have undertaken the preparation of a supplementary volume giving in a popular form the substance of what is known concerning the Maurya empire.
The chapter entitled 'The History of Asoka' will be found to differ widely from all other publications, such as Cunningham's Bhilsa Topes, which treat that topic. I have tried to follow the example of the best modern historians and to keep the legends separate from what seems to me to be authentic history. Among the legends, I have placed the stories of the conversion of Ceylon and of the deliberations of the so-called Third Council.
All the forms of those stories which have reached us are crowded with absurdities and contradictions from which legitimate criticism cannot extract trustworthy history. In dealing with the vexed question of transliteration I have shunned the pedantic atrocities of international systems, which do not shrink from presenting Krishna in the guise of Krsna, Champa, and so on.
The consonants in the Indian words and names in this book are to be pronounced as in English, and the vowels usually as in Italian. The short unaccented a has an indistinct sound as in the word ' woman.' Long vowels are marked when necessary; other diacritical marks have not been used in the text.

I. The history of Asoka . . . . .11
Chronology of the Maurya period . . 72
Ii. Extent and administration of the empire. 75
Iii. The monuments 107
Inscribed pillars of Asoka . . . .146
Iv.The rock edicts 149
V. The pillar and miscellaneous inscriptions 198
Bibliographical note 227
Vi. The Ceylonese legend of Asoka. , .231
Vii. The Indian legends of Asoka .... 247
Asoka is also known as Ashoka the Great, was an Indian emperor of the Maurya Dynasty, son of Bindusara, who ruled almost all of the Indian subcontinent from c. 268 to 232 BCE. Ashoka promoted the spread of Buddhism across ancient Asia
the book details : Download 17.7 MB