Roman sculpture from Augustus to Constantine 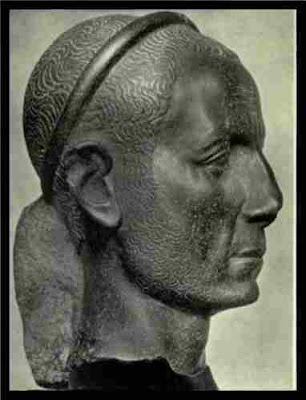 I publish this book in full consciousness of its shortcomings, and, moreover, when I have little time for the special studies it entails. But I do so because I see no immediate prospect of any other work on a Roman sculpture that will advocate the solidarity of artistic endeavour, or will discuss Roman art, as I have tried to discuss it, in view not only of its intrinsic merits but of the special place it occupies at the psychological moment when the Antique passes from the service of the Pagan State into that of Christianity.
The scattered and fragmentary nature of the material, the inadequate bibliographical equipment anywhere outside the great archaeological libraries of Berlin and of the German Institute in Rome, have led me to give fuller footnotes and far more illustrations than is usual in the books of this series. But even some hundred and seventy illustrations scarcely suffice to call up an image as yet so unfamiliar as that of Roman sculpture.
So I have described, from end to end, at the risk of being tedious, the sculptures of monuments like the Ara Paris and the column of Trajan. The popular prejudice against Roman art is largely rooted in ignorance of its most obvious manifestations.
Much could be done by more accessible and cheaper reproduction, and it is a reproach which our teaching world should aim at effacing that the reliefs of the Trajanic column, for in- stance^— the delightful picture chronicle which should be in the hands of every schoolboy — are only known from two costly foreign publications, entirely outside the reach of schools or even of ordinary libraries. Precisely as I revise these lines comes the great news from Rome that Commendatore Boni has had the whole series of sculptures of the Trajanic column photographed for the first time, from the original. This noble achievement marks an era in the study of Roman art. Scarcely less important is the removal to the Museo delle Terme of all the fragments of the Ara Paris discovered, in 1903, under the Palazzo Fiano. This is doubtless an omen that the Italian Government intend to collect at the Terme all the fragments of the Ara scattered in the Museums over which they have control.
Were friendly museums to follow suit, we might hope to see in the Terme, at no very distant date, an Augustan altar viewing in beauty and interest with the famous Pergamene altar at Berlin. I have to thank Professor Eugen Petersen, so often quoted in the following pages, for extending to me by correspondence, and by the loan of valuable photographs, the help he freely gave to me in Rome, as to the many English students privileged to use the library of the German Institute; to Emanuel Loewy, Professor in the University of Rome, and to Signor G. Rizzo, Vice-Director of the Museo delle Terme, for obtain- ing for my photographs of the newly-discovered fragments of the Ara Paris, and for permission to republish them here; to Senator Baron Giovanni Barracco for the gift of beautiful photographs, and the permission to publish for the first time certain Roman portraits in his unique Museum; to Mr G. F. Hill, of the British Museum, for guidance in selecting the coins of Emperors given in the chapter on portraiture.
For the rest, I will not follow a favourite practice and fill this Preface with a list of names which might serve to shed a borrowed lustre about my work, rather than to evince a student's gratitude, but shall acknowledge, each in its place, the many friendly acts which scholars and workers of every degree so readily show to one another all the world over.
Could I claim for this book the merit I once hoped it might possess, I should have liked to dedicate it to the Memory of the First Editor of this Series? He understood, as no one else I have ever known or heard of — as only one or two are beginning to understand it now — that there is historical continuity in art as in all else, and that no one* point can be adequately grasped save in relation to the whole. Like Renan, he admitted that history has its sad days, but none that are sterile or void of interest. Roman art, especially in its later phases, attracted him, for he knew that in every branch of history the great lessons are to be learnt from periods of transition. . .
. But this book, the outcome of many reflections made in common, remains without the revision which alone, in my eyes, could have given it real value.