Reflections on the art of war 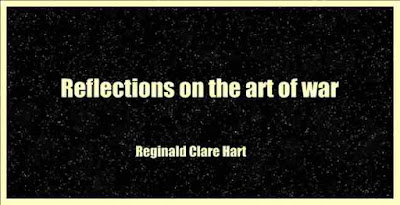 These "Reflections" are little more than a compilation of notes made for my own instruction. The Art of War has, since the days of Hannibal and Caesar and their historians had many and able exponents. Yet it is an Art so many-sided, so susceptible of infinite modifications, according to time, place, and circumstance, and, above all, according to the capacity and temperament of those who conduct it, that fresh contributions to its study may be perhaps still permitted, on the score that amidst a great deal of what must be to the military student more or less familiar and well-worn ground, there may occur here and there a useful suggestion, a novel interpretation, or a more emphatic view.
I have not translated the French quotations, because the original always loses in translation, and in the present-day British officers are, as a rule, sufficiently acquainted with the language to read it easily.* If in the perusal of these pages my brother officers, and others, find something to encourage them to extend their reading, and to aid them in their study of the Art of War something which may be of use to them hereafter, whenever they have to put their knowledge into practice; something which will give them greater confidence in themselves; then my aim in venturing to publish these "Reflections" will be accomplished.
The numerous favourable reviews of the first edition of this book, and the encouraging notice that has been taken of it by officers whose opinions carry weight, have induced me to venture upon a new and greatly enlarged edition which, with its detailed index, will, I trust, be found useful to officers studying the art of war, and to all who require a work of reference to incidents connected with the great battles of ancient and modern times, and with the generals good and bad who have left the history of their name. By dwelling on the characteristics of many of the greatest commanders of all ages, I have endeavoured to make the first chapter an interesting introduction to the study of war.
A certain familiarity with the characters of those who have been leaders of men in battle is absolutely essential to the right understanding of military operations. This preliminary study will assist and fortify the reader because the acts and sayings of the men who have actually made history are everywhere brought forward by me as credible evidence in support of what I urge as sound teaching of the art of war.

The high qualifications of great generals
The theory and the practice of war
The fortune of war
Moral effect in war
Strategy and tactics ... ... ... ... ... ^
The offensive and the defensive compared
The offensive and advanced guards
Pursuits
The defensive
The selection of a position, and considerations in its Defence
The effect of modern firearms.
Retreats and rear-guards
Cavalry
Artillery
Engineers
Outposts
Marches, orders, staff, supply, night operations, etc.
Old and young soldiers compared: sanitation ...
the book details : Download 14.6 MB