The prince and the discourses 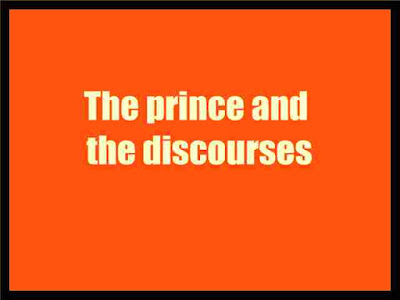 The prince - translated from the Italian by Luigi Ricci; revised by E.R.P. Vincent. -- Discourses on the first ten books of Titus Livius / translated from the Italian by Christian E. Detmold
Excerpt: from Discourses' introduction:
Although the envious nature o£ men, so prompt to blame and so slow to praise, makes the discovery and introduction of any new principles and systems as dangerous almost as the exploration of unknown seas and continents, yet, animated by that desire which impels me to do what may prove for the common benefit of all, I have resolved to open a new route, which has not yet been followed by anyone, and may prove difficult and troublesome, but may also bring me some reward in the approbation of those who will kindly appreciate my efforts.

And if my poor talents, my little experience of the present and insufficient study of the past, should make the result of my labours defective and of little utility, I shall at least have shown the way to others, who will carry out my views with greater ability, eloquence, and judgment, so that if I do not merit praise, I ought at least not to incur censure.
When we consider the general respect for antiquity, and how often — to say nothing of other examples a great price is paid for some fragments of an antique statue, which we are anxious to possess to ornament our houses with or to give to artists who strive to imitate them in their own works; and when we see, on the other hand, the wonderful examples which the history of ancient kingdoms and republics presents to us, the prodigies of virtue and of wisdom displayed by the kings, captains, citizens, and legislators who have sacrificed themselves for their country, — when we see these, I say, more admired than imitated, or so much neglected that not the least trace of this ancient virtue remains, we cannot but be at the same time as much surprised as afflicted.
The more so as in the differences which arise between citizens, or in the maladies to which they are subjected, we see these same people have recourse to the judgments and the remedies prescribed by the ancients. The civil laws are in fact nothing but decisions given by their jurisconsults, and which, reduced to a system, direct our modern jurists in their decisions. And what is the science of medicine, but the experience of ancient physicians, which their successors have taken for their guide.'* And yet to found a republic, maintain states, to govern a kingdom, organize an army, conduct a war, dispense justice, and ex- tend empires, you will find neither prince, nor a republic, nor captain, nor citizen, who has recourse to the examples of antiquity!
This neglect, I am persuaded, is due less to the weakness to which the vices of our education have reduced the world, than to the evils caused by the proud indolence which prevails in most of the Christian states, and to the lack of real knowledge of history, the true sense of which is not known, or the spirit of which they do not comprehend. Thus the majority of those who read it take pleasure only in the variety of the events which history relates, without ever thinking of imitating the noble actions, deeming.
that not only difficult, but impossible; as though heaven, the sun, the elements, and men had changed the order of their motions and power, and were different from what they were in ancient times. Wishing, therefore, so far as in me lies, to draw mankind from this error, I have thought it proper to write upon those books of Titus Livius that have come to us entire despite the malice of time; touching upon all those matters which, after a comparison between the ancient and modern events, may seem to be necessary to facilitate the proper understanding.
In this way those who read my remarks may derive those advantages which should be the aim of all study of history; and although the undertaking is difficult, yet, aided by those who have encouraged me in this attempt, I hope to carry it sufficiently far, so that but Httle may remain for others to carry it to its destined end. Those who read what the beginning of Rome was, and what her lawgivers and her organization, will not be astonished that so much virtue should have maintained itself during so many centuries; and that so great an empire should have sprung from it afterwards. To speak first of her origin, we will premise that all cities are founded either by natives of the country or by strangers.
The little security which the natives found in living dispersed; the impossibility for each to resist isolated, either because of the situation or because of their small number, the attacks of any enemy that might present himself; the difficulty of uniting in time for the defence at his approach, and the necessity of abandoning the great- er number of their retreats, which quickly became a prize to the assailant, — such were the motives that caused the first inhabitants of a country to build cities for the purpose of escaping these dangers.
They resolved, of their own accord, or by the advice of someone who had most authority amongst them, to live together someplace of the selection that might offer them greater conveniences and greater facility of defence.
Thus, amongst many others were Athens and Venice; the first was built under the authority of Theseus, who had gathered the dispersed inhabitants; and the second owed its origin to the fact that several tribes had taken refuge on the little islands situated at the head of the Adriatic Sea, to escape from war, and from the Barbarians who after the fall of the Roman Empire had overrun Italy. These refugees of themselves, and without any prince to govern them, began to live under such laws as seemed to them best suited to maintain their new state. In this they succeeded, happily favoured by the long piece, for which they were indebted to their situation upon a sea without issue, where the people that ravaged Italy could not harass them, being without any ships. Thus from that small beginning, they attained that degree of power in which we see them now.
the book details : Download 16 MB 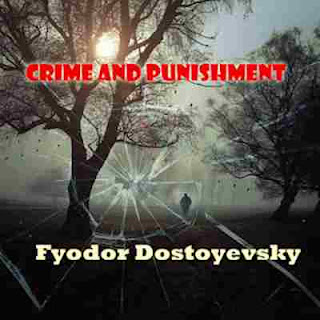