Castles and chateaux of old Navarre and Basque Provinces 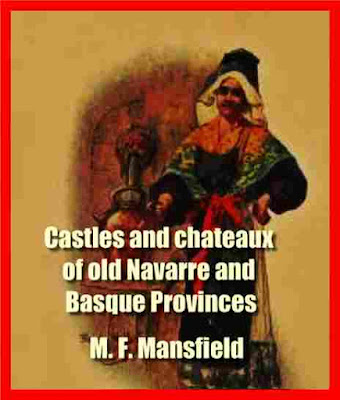 including also Foix, Roussillon and Béarn

No account of the life and historical monuments of any section of the old French provinces can be made to confine its scope within geographical or topographical limits.
The most that can be accomplished is to centre the interest around some imaginary hub from which radiate leading lines of historic and romantic interest. Henri de Navarre is the chief romantic and historical figure of all that part of France bounded on the south by the Pyrenean frontier of Spain.
He was but a Prince of Bearn when his mother, Jeanne d’Albret, became the sovereign of French Navarre and of Bearn, but the romantic life which had centred around the ancestral chateau at Pau was such that the young prince went up to Paris with training in chivalry and a love of pomp and splendour which was second only to that of Frangois I., the principality of Bearn, and the dukedoms and countships (which surround them, from the Mediterranean on the east to the Gulf of Gascony on the west, are so intimately connected with the gallant doings of men and women of those old days that' the region known as the Pyrenean provinces of the later monarchy of France stands in a class by itself with regard to the romance and chivalry of feudal days.
The dukes, counts and seigneurs of Langue¬ doc and Gascony have been names to conjure with for the novelists of the Dumas school; and, too, the manners and customs of the ear¬ lier troubadours and crusaders formed a motive for still another coterie of fictionists of the romantic school. In the Comte de Foix, one finds a link that binds the noblesse of the south with that of the north. It is the story of Francoise de Foix, who became the Marquise de Chateaubriant, the wife of Jean de Laval, that Breton Bluebeard whose atrocities were almost as great as those of his brother of the fairy tale. And the ties are numerous which have joined the chatelains of these feudal chateaux and courts of the Midi with those of the Domain of France.
These petty countships, dukedoms and king- By Way of Introduction vii doms of the Pyrenees were absorbed into Prance in 1789, and today their nomenclature has disappeared from the geographies; but the habitant of the Basses Pyrenees, the Pyrenees Orientales, and the Hautes Pyrenees keeps the historical distinctions of the past as clearly defined in his own mind as if he were living in feudal times. The Bearnais refers contemptuously to the men of Roussillon as Catalans, and to the Basques as a wild, weird kind of a being, neither French nor Spanish.
The geographical limits covered by the actual journeyings outlined in the following pages skirt the French slopes of the Pyrenees from the Atlantic Gulf of Gascony to the Mediterranean Gulf of Lyons, and so on to the mouths of the Rhone, where they join another series of recorded rambles, conceived and already evolved into a book by the same author and artist.
The whole itinerary has been care¬ fully thought out and minutely covered in many journeyings by road and rail, crossing and recrossing from east to west and from west to east that delectable land commonly known to the Parisian Frenchman as the Midi.
the book details : Download 19 MB