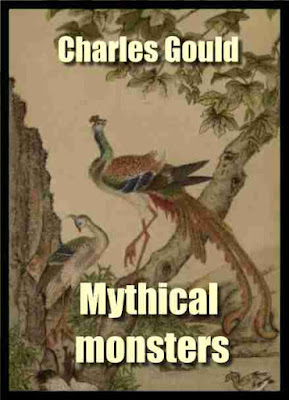 It would have been a bold step indeed for anyone, some thirty years ago, to have thought of treating the public to a collection of stones ordinarily reputed fabulous, and of claiming for them the consideration due to genuine realities, or to have advocated tales, time-honoured as fictions, as actual facts; and those of the nursery as being, in many instances, legends, more or less distorted, descriptive of real beings or events. Nowadays it is a less hazardous proceeding.
The great era of advanced opinion, initiated by Darwin, which has seen, in the course of a few years, larger progress in knowledge in all departments of science than decades of centuries pre- ceding it, has, among other changes, worked a complete revolution in the estimation of the value of folk-lore; and speculations on it, which in the days of our boyhood would have been considered as puerile, are now admitted to be not merely interesting but necessary to those who endeavour to gather up the skeins of unwritten history, and to trace the antecedents and early migrations from parent sources of nations long since alienated from each other by customs, speech, and space.
I have, therefore, but little hesitation in gravely proposing to submit that many of the so-called mythical animals, which throughout long ages and in all nations have been the fertile subjects of fiction and fable, come legitimately within the scope of plain matter-of-fact Natural History, and that they may be considered, not as the outcome of exuberant fancy, but as creatures which really once existed, and of which, unfortunately, only imperfect and inaccurate descriptions have filtered down to us, probably very much refracted, through the mists of time.
I propose to follow, for a certain distance only, the path which has been pursued in the treatment of myths by mythologists, so far only, in fact, as may be necessary to trace out the homes and origin of those stories which in their later dress are incredible; deviating from it to dwell upon the possibility of their having preserved to us, through the medium of unwritten Natural History, traditions of creatures once co-existing with man, some of which are so weird and terrible as to appear at first sight to be impossible.
I propose stripping them of those supernatural characters with which a mysteriously implanted love of the wonderful has invested them, and to examine them, as at the present day we are fortunately able to do, by the lights of the modern sciences of Geology, Evolution, and Philology. For me, the major part of these creatures are not chimaeras but objects of rational study.
The dragon, in place of being a creature, evolved out of the imagination of Aryan man by the contemplation of lightning flashing through the caverns which he tenanted, as is held by some mythologists, is an animal which once lived and dragged its ponderous coils, and perhaps flew; which devastated herds, and on occasions swallowed their shepherd; which, establishing its lair in some cavern overlooking the fertile plain, spread terror and destruction around, and, protected from assault by dread or superstitious feeling, may even have been subsidised by the terror-stricken peasantry, who, failing the power to destroy it, may have preferred tethering offerings of cattle adjacent to its cavern to having it come down to seek supplies from amongst their midst.
To me, the specific existence of the unicorn seems not incredible, and, in fact, more probable than that theory that assigns its origin to a lunar myth.f Again, believing as I do in the existence of some great undescribed inhabitant of the ocean depths, the much-derided sea-serpent, whose home seems especially to be adjacent to Norway, I recognise this monster as originating the myths of the Midgard serpent which the Norse Elder Eddas have collected, this being the contrary view to that taken by mythologists, who invert the derivation, and suppose the stories current among the Norwegian fishermen to be modified versions of this important element of Norse mythology
I must admit that, for my part, I doubt the general derivation of myths from " the contemplation of the visible workings of external nature. It seems to be easier to suppose that the palsy of time has enfeebled the utterance of these oft-told tales until their original appearance is almost unrecognisable than that uncultured savages should possess powers of imagination and poetical invention far beyond those enjoyed by the most instructed nations of the present day; less hard to believe that these wonderful stories of gods and demigods, of giants and dwarfs, of dragons and monsters of all descriptions, are transformations than to believe them to be inventions.!