A general history of music 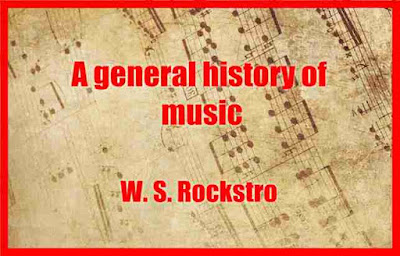 From the infancy of the Greek drama to the present period

In a work designed expressly for the use of English readers, we have naturally dwelt, at considerable length, upon the history and vicissitudes of our national School — a circumstance which will, we hope, sufficiently account for what might otherwise appear to indicate a want of due proportion between the dimensions of some of our Chapters.
For instance, if the Chapter on Handel occupies more space than that devoted to Beethoven, it is simply because his influence upon our national taste was so powerful and enduring, that its effect, at the present moment, is scarcely less remarkable than it was while he was still working, in the flesh, at the head of the English School.
That influence, as a plain matter of history, is naturally described in the narrative portion of our work; whereas, the characteristics of Beethoven's individual style are more fittingly discussed in the Appendix, which forms the complement of this, as well as of many other biographical notices.
The same remark will apply to the Chapters on the Early English Schools, the School of the Restoration, and others of scarcely less importance. We trust, however, that our Preface. ix endeavour to do justice to our own countrymen has not tempted us to pass over, with insufficient recognition, the merits of the Schools which have flourished, and are still flourishing, in other countries.
A hundred years ago, so limited were the recognised sources of information concerning the History of Music, that Dr Burney, when accumulating the materials for his opus magnum, found it necessary to make an extended tour through the principal cities of Europe, for the purpose of obtaining the data needed for the completion of his scheme. One of the earliest writers on the subject was Giovanni Battista Doni, who, in a treatise entitled De prcBstantia music veteris, printed, at Florence, in 1647, endeavoured to prove that the Greeks had made far greater advancement in Music than was generally supposed.
This work included a tract, on the same subject, by Pietro della Valle. Of a more practical character was Johann Gottfried Wal- ther's Musikalisches Lexilcon, published, at Leipzig, in 1732. In 1740, Johann Mattheson published his Grundlage einer Ehrenpforte, containing biographical notices of many eminent Musicians. Friedrich "Wilhelm Marpurg's Kritische Einleitung in die Geschicte der Tonkunst, published in 1751, was of more extended interest ; though less valuable, by far, than P. Giambattista Martini's Storia clella Musica, [3 vols. Bologna, 1757. 1770. 1781], and another work, in a certain sense continuous with it, entitled, Be cantu et musica sacra, [2 vols. S. Blasien, 1774], by P. Martini's intimate friend, Martin Gerbert von Hornau, Prince-Abbot of S. Blasien, in the Black Forest : two books which are still regarded as marvels of musical scholarship. It is at this point that our own two great musical historians appear upon the field, yielding the palm to none.
the book details : Download  A general history of music 24 MB