The Secret Teachings Of All Ages 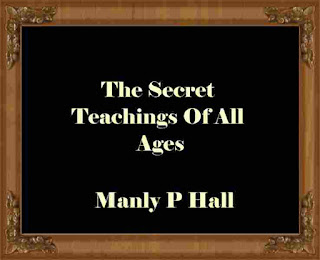 Many volumes have been written as commentaries upon the secret systems of philosophy existing in the ancient world, but the ageless truths of life, like many of the earth's greatest thinkers, have usually been clothed in shabby garments.
The present work is an attempt to supply a tome worthy of those seers and sages whose thoughts are the substance of its pages. To bring about this coalescence of Beauty and Truth has proved most costly, but I believe that the result will produce the effect upon the mind of the reader which will more than justify the expenditure.
Work upon the text of this volume was begun the first day of January 1926 and has continued almost uninterruptedly for over two years. The greater part of the research work, however, was carried on prior to the writing of the manuscript.
The collection of reference material was begun in 1921, and three years later the plans for the book took definite form. For the sake of clarity, all footnotes were eliminated, the various quotations and references to other authors being embodied in the text in their logical order. The bibliography is appended primarily to assist those interested in selecting for future study the most authoritative and important items dealing with philosophy and symbolism.
To make readily accessible the abstruse information contained in the book, an elaborate topical cross-index is included. I make no claim for either the infallibility or the originality of any statement herein contained. I have studied the fragmentary writings of the ancients sufficiently to realize that dogmatic utterances concerning their tenets are worse than foolhardy. Traditionalism is the curse of modern philosophy, particularly that of the European schools.
While many of the statements contained in this treatise may appear at first wildly fantastic, I have sincerely endeavoured to refrain from haphazard metaphysical speculation, presenting the material as far as possible in the spirit rather than the letter of the original authors. By assuming responsibility only for the mistakes which may appear herein,
I hope to escape the accusation of plagiarism which has been directed against nearly every writer on the subject of mystical philosophy. Having no particularism of my own to promulgate, I have not attempted to twist the original writings to substantiate preconceived notions, nor have I distorted doctrines in an effort to reconcile the irreconcilable differences present in the various systems of religio-philosophic thought. The entire theory of the book is diametrically opposed to the modem method of thinking, for it is concerned with subjects openly ridiculed by the sophists of the twentieth century. Its true purpose is to introduce the mind of the reader to a hypothesis of living wholly beyond the pale of materialistic theology, philosophy, or science.
The mass of abstruse material between its covers is not susceptible to perfect organization, but so far as possible related topics have been grouped together. Rich as the English language is in media of expression, it is curiously lacking in terms suitable to the conveyance of abstract philosophical premises.

DEDICATION 3
PREFACE 5
COLOR PLATES 9
ILLUSTRATIONS IN THE TEXT ii
INTRODUCTION 12
THE ANCIENT MYSTERIES AND SECRET SOCIETIES WHICH HAVE INFLUENCED MODERN MASONIC SYMBOLISM
Ancient systems of education—Celsus concerning the Christians—Knowledge necessary 21 to right hving~The Druidic Mysteries of Britain and Gaul—The Rites of Mithras— The Mithraic and Christian Mysteries contrasted.
THE ANCIENT MYSTERIES AND SECRET SOCIETIES, PART II
The Gnostic Mysteries— Simon Magus and Basilides— Abraxas, the Gnostic concept of
Deity— The Mysteries of Serapis— Labyrinth symbolism— The Odinic, or Gothic,
Mysteries.
THE ANCIENT MYSTERIES AND SECRET SOCIETIES, PART III
The Eleusinian Mysteries— The Lesser Rites— The Greater Rites— The Orphic Mysteries- 29 -The Bacchic Mysteries— The Dionysiac Mysteries.
ATLANTIS AND THE GODS OF ANTIQUITY
Plato's Atlantis in the light of modern science-The Myth of the Dying God-The Rite of Tammuz and Ishtar— The Mysteries of Atys and Adonis-The Rites of Sabazius— The Cabiric Mysteries of Samothrace.
THE LIFE AND WRITINGS OF THOTH HERMES TRISMEGISTUS
Suppositions concerning the identity of Hermes— The mutilated Hermetic fragments— The Book of Thoth— Poimandres, the Vision of Hermes— The Mystery of Universal Mind— The Seven Governors of the World.
THE INITIATION OF THE PYRAMID
The opening of the Great Pyramid by Caliph at Mamoun— The passageways and chambers of the Great Pyramid— The riddle of the Sphinx— The Pyramid Mysteries— The secret of the Pyramid coffer-The dwelling place of the Hidden God.
ISIS, THE VIRGIN OF THE WORLD
The birthdays of the gods— The murder of Osiris— The Hermetic Isis— The symbols 45 peculiars to Isis— The Troubadours— The mummification of the dead.
THE SUN, A UNIVERSAL DEITY
The Solar Trinity-Christianity and the Sun— The birthday of the Sun— The three Suns— 49 The celestial inhabitants of the Sun— The Midnight Sun.
THE ZODIAC AND ITS SIGNS
Primitive astronomical instruments— The equinoxes and solstices— The astrological ages of the world— The circular zodiac of Tentyra— An interpretation of the zodiacal signs— The horoscope of the world.
THE BEMBINE TABLE OF ISIS
Plato's initiation in the Great Pyramid— The history of the Bembine Table— Platonic theory of ideas— The interplay of the three philosophical zodiacs— The Chaldean philosophy of triads— The Orphic Egg.
WONDERS OF ANTIQUITY
The ever-burning lamps— The oracle of Delphi— The Dodonean oracle— The oracle of
61
the book details : Download  The Secret Teachings Of All Ages -PDF Book Manly P Hall 21.2 MB