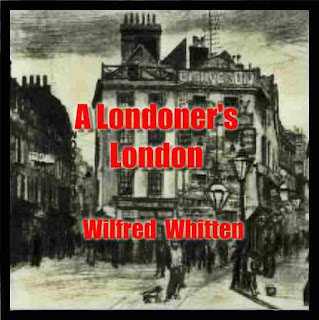 A writer of whom the first John Murray demanded a preface demurred to writing one. A preface, he said, always put him in mind of Hamlet's exclamation to the tardy player, " Leave thy damnable faces, and begin 1" I delay to begin only to explain that the London of these pages is not the measureless town of the guide-books: that London on which a hundred and fifty years ago Horace Walpole began a book, only to faint and fail: that London which, still earlier, had been called a county covered with houses, a description which has passed from metaphor to fact.
The Londoner's true London is smaller. It is the sum of his own tracks in the maze, the town in which, by hap, he has most often eaten his bread and thought his thoughts. Samuel Butler remarks in his published notebooks that he was more in Fetter Lane than in any other street of London, and that Lincoln's Inn Fields, the British Museum, the Strand, Fleet Street, and the Embankment came next.
This is a very small London, to which my own adds the City, the northern suburbs, and those more national regions of Westminster and the Parks which may be called Everymen. Although N the reader's intimacies and my own will not be identical, they will generously overlap. In Chancery Lane, in the Euston Road, in Rotherhithe, or east of St. Paul's, we may have few common memories, but we may find these in the Strand, in Regent Street, in Bloomsbury, or merry Islington.
While my limiting clue has been some sort of preference or eager frequenting, I have not tried to exhaust the associations of any street or district, being satisfied to follow those great scribes who, when their subject overflowed, passed on with the useful remark that all the rest is in the book of Jasher, or in the book of Iddo the seer concerning genealogies.

CHAPTER I
THE VEILS OF YESTERDAY . . . . .1
The Passing of Temple Bar — London in 1886 — The Bearskins — Old Holborn — John Grey's Cider Cellar — Feudal Blooms- bury— Halfpenny Hatches— The Wind on the Heath— The " Bull and Bush "—Booksellers' Row— The Knife-board— The Lost Wobble — The Dignity of Carts — Leviathan in London — The Evolution of the Hansom — The Exit of Cockneyism — Rural Retreats — " I don't like London " — A Fogey's Regrets — The Advance of Bricks — How London Grows — A Suburban Highway— The Street that Was— Gipsy Hill— The Cult of Escape— The Love of London—Mr. Roker's Dear Eyes— The Spell of London.
CHAPTER H
THE FIRST PERCH . . . . . .25
London in the Nursery — The New-comer — A Wessex Squire — Sir Joshua Reynolds — To London in a Huff — A Shy Lawyer — The Refusers— Robert Buchanan in Stamford Street — " Come out of her, O my people " — The *' First Perch " — Hoxton — A Window in Islington — Charles'Lamb— "Alexander the Corrector " — Abraham Newland — The Bailiff's Daughter — The Missing Cow — Plackett's Common — " Pop Goes the Weasel "— Bunhill Fields — Dining on Young's "Night Thoughts "—The Temple of the Muses— Shepherdess Walk — Dodd the Dustman — Goswell Street — Claremont Square — Old Pentonville — A Noisy Saint — Carlyle and the Brickfields
CHAPTER III
LORDS AND LANDLADIES . . . . .54
Feudal Waistcoats — The Duke and his View— Decimus Burton and Major Cartwright— The Making of Bloomsbury— Lady Ellenborough's Flowers — Zachary Macaulay — Capper's Farm — Water-cress — A Gloomy Square — A War on Tips — The Pretender in London — Dying for a Greek Accent — ^A Question of Taste — Red Lion Mary — Lord Eldon's Peaches — The Field of the Forty Footsteps— Peter Pindar's Cottage— A Recipe for Old Age — The Railway Termini— Agar Town- Morrison's Pills — King's Cross and the Moscow Legend — Art for the Million— The Cottage that Never Was— St. Pancras-le- Gasometer
CHAPTER IV
THE CITY man's CITY . . . . . .79
The Street called Broad — A Forgotten Burial-ground — Before Harley Street— Sir Astley Cooper in Broad Street— The Importance of being Charles — The Five Great Drugs — Dr Gardner's "Last and Best Bedroom" — The Resurrection Men — A Home of Learning — The Devil or Dr. Bull — Mead and Radcliffe — Queen Anne is dead — " Rejected Addresses " The Rothschild—" Happy! Me happy ? "—A Bitter Farewell — Macaulay's Playground — Death in Tokenhouse Yard — A Great Auctioneer— Jack Ellis— The Poet of Cornhill— The Hosier of Freeman's Court — Samuel Rogers in the City — Dodson and Fogg — Thackeray in Cornhill — William Wynne Ryland— The Immortal Tailor— The Cornhill Pump—" Pattypan " Birch — The East; India House — How to apply for an Appointment— A Head from the Tower— "Those that encamp toward the East "— Spitalfields— The Uttermost Parts
CHAPTER V
THE HOUSE-MOVING OF THE GODS . . . . I16
The Euston Statuary Yards— Plastic Piccadilly— " Our Old Friend, the Pelican " — Joseph Wilton — A Window in Charlotte Street— Edward FitzGerald— John Constable— Cockney Ladle — Willan's Farm— The Coming of the Omnibus—The " Green Man " — The Spread of London — The Parent of the Motor-car — The Inspector of Fishes — The Birth of Camden Town — Boy Boz— Warren Street— Cookery and Culture— "The Village Politicians "— " The March to Finchley "—A Nursery of Pugilists — The Tottenham Court Road— Bozier's Court — Hanway Street — A Great Corner—" I too am sometimes unhappy '*
CHAPTER VI
LANE AND LABYRINTH ...... I38
St. Giles's Village — The Resurrection Gate — The Ballad Shop — Soho — The Author of *' Lacon " — The Clare Market Labyrinth — The Great Storm — " Yolo " — A Sinister Archway — A Night of Terrors — A Murder and its Literature — The Owl — In Search of a Mantelpiece — A Dynasty of Door-knockers — Chancery Lane and Shakespeare — Where Hazlitt talked — The Rolls Chapel — Ready to " Decompound Evidence " — The Inertia of London — A Great Corner
CHAPTER VII
THE STREET OP THE SAGGING PURPOSE . . . I59
The Mid-London Crowd—" Where's the Maypole ? "—The Man in the Street — "Swimming the Hellespont" — Street Portraiture— The Shops that Were— Doyley's— The Polite Grocers and the Mad Hatters — A Phrenologist — "The Decline and Fall of the Roman Empire" — Sotheby's — Homeric Book Sales — "Milk-white Gosset " — The Vellum Cure — Roger Payne — A Falstaffian Memorandum — Art among the Ruins — Dr Monroe's Guests — Turner's Farewell — Rowlandson and his Cronies — C.K. — Norfolk Street — Dr Brocklesby— Garrick's Monument— Dan Leno
the book details : Download 19.5 MB