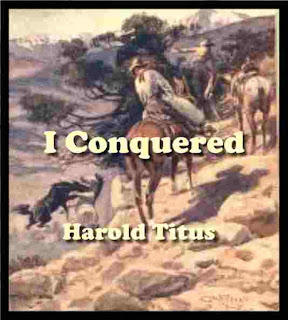 Review by Erik
An alcoholic young man is tossed out of his rich father's house and told not to come back until he gets his life back together.
The young man gets on the train for as far as the cash in his wallet will take him, the small cowboy town of Colt, Colorado.
and after that,  adventures begin!
Excerpt:
DANNY LENOX wanted a drink. The desire came to him suddenly as he stood looking down at the river, burnished by bright young day. It broke in on his lazy contemplation, wiped out the indulgent smile, and made the young face serious, purposeful, as though mighty consequence depended on satisfying the urge that had just come up within him.
He was the sort of chap to whom nothing much had ever mattered, whose face generally bore that kindly, contented smile. His grave consideration had been aroused by only a scant variety of happenings from the time of a pampered childhood up through the gamut of bubbling boyhood, prep school, university, polo, clubs, and growing popularity with a numerous clan until he had approached a state of established and widely recognized worthlessness.
Economics did not bother him. It mattered not how lavishly he spent; there had always been more forthcoming because Lenox senior had a world of the stuff. The driver of his taxicab just now whirling away seemed surprised when Danny waved back change, but the boy did not bother himself with the thought of the bill he had handed over.
Nor did habits that overrode established procedure for men cause him to class himself apart from the mass. He remarked that the cars zipping past between him and the high river embankment were stragglers in the morning flight businessward; but he recognized no difference between himself and those who scooted toward town, intent on the furtherance of serious ends.
What might be said or thought about his obvious deviation from beaten, respected paths was only an added impulse to keep smiling with careless amiability. It might be commented on behind fans in drawing rooms or through mouths full of food in servants halls, he knew. But it did not matter. However, something mattered.
He wanted a drink. And it was this thought that drove away from the smile and set the lines of his face into seriousness, that sent him up the broad walk with swinging, decisive stride, his eyes glittering, his lips taking moisture from a quick-moving tongue. He needed a drink!