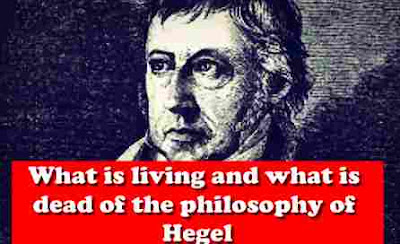 From Translator's note:
Readers of this translation will observe that I have followed the Italian in discarding where the original does so the use of capitals for the words idea, spirit and so forth. It is true that they are printed with capitals in German; but then, so are all other substantives, and by avoiding their use, such words as idea and spirit are better understood as immanent rather than as transcendental " things-in-themselves." I used "gnoseology" in my translation of the Philosophy of the Practical instead of the paraphrase "theory of knowledge." This word, regularly formed from the Greek, seems to be worth a place in English, which has made no difficulty about accepting an analogous, but not identical, term such as Epistemology.
When neologisms cover a new thought or facilitate, by abbreviating, expression, it seems to me that they are
always legitimate, and I have not hesitated to introduce one or two other words thus employed. The tendency to avoid neologism at all costs by the adoption of paraphrase, frequent in contemporary English writer^, seems to me to frustrate the very purpose which it is intended to serve, rendering yet more difficult by the very commonness of the words used as paraphrase the already sufficiently subtle qualifications of philosophy.
The study, What is living and what is dead of the Philosophy of Hegel, was published in 1906 (Bari, Laterza), and contained an essay on Hegelian bibliography as an appendix. This has since been increased in the German and French translations of that volume and would now have need of not a few additions. But it has seemed to me opportune in the present^ collection to suppress altogether the bibliographical portion as something extraneous to its nature and to republish it, if ever, separately. And indeed, if anyone will give himself the trouble of looking through, correcting, completing and keeping it up to date for the use of students of Hegel