Greek sculpture, its spirit and principles 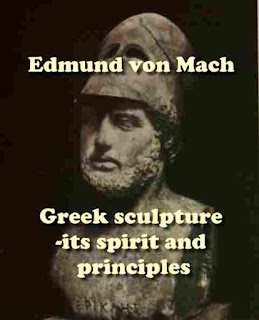 Greek sculpture is much admired but little known. The ancient statues for years have been studied as interesting curios rather than as things alive. The dead have no claims upon us; the living alone can teach us, and Greek sculpture is not dead. The vitality of its spirit and of its principles is such that it has outlasted centuries and deserves wider recognition than it commonly receives.
This book is addressed to all students of art, to executing artists, and to the general public. It is designed in the first place to give pleasure, without which the study of art is impossible, and in the second place to be serviceable to all serious students not only by the presentation of the most important subjects but also by the suggestion of others, the treatment of which lies outside the scope of an art book. For the benefit of the reader, the book is divided in two parts.
The lessons drawn from Greek sculpture are presented first. The order may be inverted, however, with the exception of Part I, Chapters V-VIII, on the principles of relief sculpture, which ought to be read before one enters on the study of the Parthenon, Part II, Chapters XVIII and XIX.
This book contains no multitude of details. Monuments that are omitted may be readily inserted, however, and may thus help to enforce the lessons taught by those monuments which are discussed. After the pediments of the temple of Zeus in Olympia, for instance, Part II, Chapter XVI, the metopes of the same time may be studied; and in connection with the Parthenon, Part II, Chapters XVIII and XIX, many contemporaneous temple sculptures may find their place.