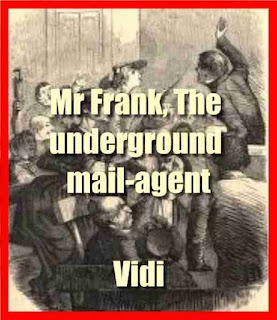 From Preface:
Kind reader, we must confess that we are so stupid, as not to know how to write a Preface; and, in fact, we do not even know why any Preface should be written at all! "We have looked very carefully over all the books in our library, from Cobb's Primer up to Bulwer's last novel, for a model, and we are sorry to say, that we have not been able to find one to suit us; and we do not pretend to a tithe of the fastidiousness of our readers especially in regard to our own productions.
We have found in our researches alluded to, that many authors look upon a Preface as a space devoted to a little with their readers; in which they apologize to them for punishing their good nature with another book. Others consider it as a kind of platform on which to define their position and to explain their motives for writing at all a matter which is not infrequently very difficult of comprehension. This species of information, however, we look upon as entirely gratuitous; because, if the motives of the author are good, they should appear in the body of his work, and if they are not, why the least that is said, the better. Then, again, not a few regard a Preface as a kind of synopsis of the whole book, and devote several pages to the task of pointing out its strong points, for fear that they would not be discovered
by the reader, if his especial attention was not directed to them. They are also very careful to give explicit directions on how to understand various matters contained in the text, which they do not understand themselves, and which mean something entirely different from what a literal construction of the words themselves are calculated to convey.
If we were permitted to consult our own views, we would say nothing by way of prefatory remark. But custom inexorable, time-honoured custom demands the sacrifice, and we submit to the decision with the same gracious bow, that a Philadelphia lawyer does to a statute passed in the reign of the good and loving King Alfred.
We have now written enough to constitute an ordinary Preface, by measurement and for aught, we know to the contrary, this is the usual criterion of their merit and we have done. We have written this little book because it pleased us to do so, and we hope the reader will peruse it for the same reason. Whether his head or his heart will be improved thereby, we leave for him to say, after he has read it; and whether the publishers' pockets will undergo any favourable change through its instrumentality, we leave for them to say, after they have exhausted the hundredth edition, and the cry is still for more!
Some contents:
CHAPTER I.
In which the Reader is introduced to a Patriot, whose services to
his Country has hitherto never been properly appreciated,
and whose memory the Author nobly rescues from, the all-
devouring Jaws of Oblivion 9
CHAPTER II.
In which is recorded a small portion of the Sayings and Doings
of the celebrated Liberty Anti-Slavery Convention 27
CHAPTER III.
Showing that Charity does not always begin at Home, notwithstanding the high authority in its favour, 36
CHAPTER IV.
Showing the blessings of Liberty to Persons not prepared to
enjoy them; and, also, how a celebrated Philanthropist
" took the Fugitives in," in a double sense, and then turned
them out again 46
CHAPTER V.
Illustration of the fact that persons may have a very nice set of
Sentiments for Public Purposes, and make use of quite a different set in Private Practice 57
the book details : Download 10 MB