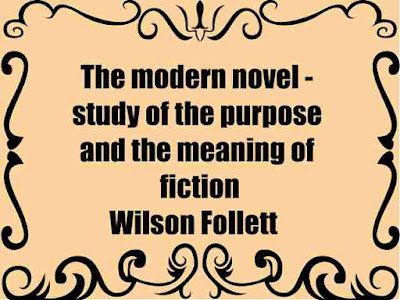 Study of the purpose and the meaning of fiction

This book is an attempt to trace the development of some important principles of fictional criticism during the two centuries of the novel in English and to show how the development of these principles has in turn altered the shape of the modern novel. From the point of view here maintained, criticism is not. only effect but also cause. Its ideas are indeed gradually evolved from what has been done, and of course from what has been poorly done or left undone; but they are with equal certainty gradually incorporated into what is being done, and this second half of the process is nonetheless significant for having been so largely neglected by the conventional critic and historian.
Criticism is a forecast as well as a record, and leverage for raising the standard as well as a standard held up. This endless cycle of interactions is what I have studied, in an effort to show how criticism itself is creative, and especially how both the critical and the creative forces of past generations come to focus in the latest definable stage of fiction, that of the late 19th century, and the early 20th. I have tried to accomplish that purpose with a due recognition that this, or any, the latest stage is itself but tentative and experimental.
The novel as we have it is the past crystallizing; but,  thanks to the force of criticism and to no other force whatsoever, it is as truly the future germinating. If the function here ascribed to criticism seems over-stated, one has only to reflect how trifling a part of the whole body of criticism is comprised by its special and formal embodiments in reviews, essays, histories, appreciations and estimates of individual authors or periods, and books about books — including such books as this.
novelist more or less consciously picks and chooses among the past achievements of the art he practises, reassembling them as the basis for his own superstructure. His doing so is criticism. Subsequently, he is always examining the materials and proportions of his own structure, to strengthen or modify or discard; and the process by which he does that is criticism. He learns much from his successes and failures; something from his readers; more from the successes and failures of his contemporaries; a little perhaps from the formal appraisals of the critic — in short, he grows, or at least changes, and his growth is a result of criticism.