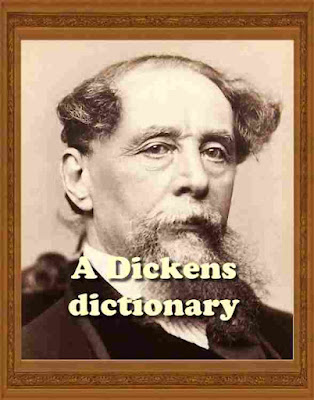 From the author's introduction:
A great deal may be expected from a Dickens Dictionary which has no legitimate place in it. One writer looks to it to define the term "waterman"; as well as to explain what Dickens intended by a " cab." I have the hope that someday I may complete a Dickens Encyclopaedia which would appropriately contain all such matters. But my aim in the compilation of this Dictionary has been to present a concise guide to the characters and the scenes in the works of our great novelist in a form as complete as possible.
I have kept these two points consistently before me, but I am well aware that many errors both of omission and commission exist in the work. I am comforted, however, by the knowledge that the work has been only partially attempted before, and even then with many imperfections.
At the same time, I shall be grateful for information or any suggestions that will enable me to improve any future edition of the " Dictionary."
One of the greatest difficulties in the compilation of the work has been the separation of the characters and places from the casual comparative allusions with which the novels and, more particularly, the Miscellaneous Papers abound. Nothing germane has been intentionally omitted, but the Dictionary does not pretend to be an index or a concordance.
It was originally intended that the " Dictionary " should contain a large amount of descriptive topography. But while the places mentioned in the works are undergoing constant change (in fact many of them are even now quite unrecognisable), the works themselves are always the same, and it seemed advisable therefore to limit the scope of the " Dictionary " to the works themselves rather than to render it prematurely out-of-date by the inclusion of temporary information. The explanation is necessary to understand the arrangement of the " Dictionary," but a short description may save some time in the case of occasional references.
The entries are arranged as far as possible in alphabetical order. I say as far as possible because numerous entries under words such as " Boy " make it impossible to select an alphabetical order that will commend itself to every reader. The descriptive passage beneath the entry is taken from the novel or work.
The note descriptive of the place of the character, or of the place, as the book progresses, follows in smaller type preceded by the word " note." Following this, in a different style of type, is the original where a prototype is known. These are due sometimes to my own investigation, but in the majority of cases, they are collected from a variety of sources. Even if they are unlikely they are mentioned, but with caution as to their reliability.
The works I have drawn upon are too numerous for the individual mention and include a very large number of miscellaneous cuttings from periodicals of all kinds. I have endeavoured to include the whole of Dickens' works except the Letters, and " A Child's History of Eng- land."
The former was not written for publication, and the latter is obviously unsuited for dissection. I have not included "To Be Read at Dusk," but have adopted the standard of " Miscellaneous Papers " that valuable collection of fugitive pieces gathered together on the authority of the " Household Words ' contributors' book,' " etc. PRA Bibliography of Dickens would have been a valuable feature no doubt, but it would have been too extensive for inclusion in the present compilation. I hope, however, to be able to produce it at no very distant date. I have to offer my most sincere thanks to Mr B. W. Matz for his great kindness, and for his assistance in reading through the whole of the proof sheets, as well as for the many valuable suggestions he has made during the course of the work.
the book details : Download A Dickens dictionary 20.3 MB