The story of a life by Bertha von Suttner 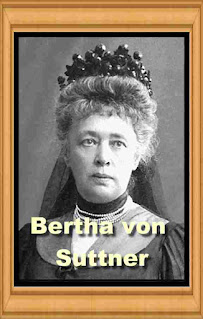 From Translator's preface
The author of " Ground Arms!", Baroness von Suttner, is an Austrian of the upper class, the daughter of an Austrian general. Before the appearance of this work, she had written several witty and tender society novels she is a sentimentalist of the German type but she had given no evidence of greater power. She is a handsome, brilliant woman of the world, who has become thoroughly imbued with the importance of the higher education of women.
In " Ground Arms! ", where she stepped at once upon a higher plane than she had occupied in any previous work, she emphasizes the necessity of this better training for women if the highest degree of civilization is to be attained by the world at large. She reasons, like Mr Herbert Spencer, though she does not clothe the thought in his words, that if a woman is to perform all the duties of her station, the era of universal peace, secured by international arbitration, must first be secured.
To hasten the advent of the rule of justice obtained without force she seems now to have largely devoted her life. Recently, as Vice-President of the International Peace Congress at Rome, she stood on the rostrum to address a most brilliant and distinguished assembly the first woman since Corinna, whose voice has been heard within the walls of the famous capital.
The success of " Ground Arms! " in Germany has been amazing. In the Austrian Parliament grave ministers of finance have commended its reading; all ranks of life have been profoundly impressed by it, and able critics have compared its influence in Germany to that of " Uncle Tom's Cabin " in the United States. This effect is largely due to the terrible tension of the public mind in Europe, caused by the daily and hourly anticipation of war. Baroness von Suttner is keenly alive to the spirit of the times, and she has written this book with a hot heart and a burning pen.
Naturally, she has not escaped the attacks of the believers in the justice and prudence of the present condition of things and is accused of belonging to the sentimental company of apostles and owners of patent rights to reform and regenerate the world.
The book is a crusade against war, and its whole object is to present the claims of the individual and the family as superior to those of the state; as an individualist, she presses the claim of every human being to the ownership and control of his own life. Then, regarding the family as the social unit, she emphasizes the claim of wife and child as far superior to that of church or state.
Though " Ground Arms! " is apparently a very simple story, its philosophy is profound; but so quietly and un- pretendingly is it unfolded, that we are continually sur- prised by the strength of the author's logic. We are sometimes oppressed by her method, which is often painfully realistic, and in other respects is similar to that of many of the noblest spirits of our time the method prompted by the Weltschmerz, the groan of the world, which too often cripples our efforts because of its good-by to hope, but in her case inspires to work of a very noble character.
This cry of a weeping, passionate woman is but an echo of the conscience of the times. So long as it remains true that, in the main, diplomatists and kings plot wars,  not always with the special aim, but certainly with the result of arresting the social development of humanity it being with them a struggle to ignore as long as possible the individual rights of man so long must such books as this aid in the advance of justice. It may not be today or tomorrow that this influence will prevail, but it is certainly in the trend of modern thought and tends to aid the tremendous social and moral revolution which all reflects the mind must-see approach. Any progress
the book details : Download 16.5 MB