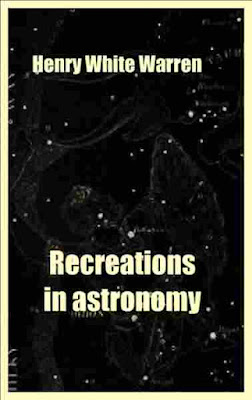 all sciences are making an advance, but Astronomy is moving double-quick. Since the principles of this science were settled by Copernicus, four hundred years ago, it has never had to beat a retreat. It is re-written not to correct material errors, but to incorporate new discoveries.
Once Astronomy treated mostly of tides, seasons, and telescopic aspects of the planets; now these are only primary matters. Once it considered stars as mere fixed points of light; now it studies them as suns, determines their age, size, colour, movements, chemical constitution, and the revolution of their planets.
Once it considered space as empty; now it knows that every cubic inch of it quivers with greater intensity of force than that which is visible in Niagara. Every inch of surface that can be conceived of between suns is more wave-tossed than the ocean in a storm. The invention of the telescope constituted one era in Astronomy; its perfection in our day, another; and the discoveries of the spectroscope a third no less important than either of the others.
While nearly all men are prevented from practical experimentation in these high realms of knowledge, few have so little leisure as to be debarred from intelligently enjoying the results of the investigations of others. This book has been written not only to reveal some of the highest achievements of the human mind but also to let the heavens declare the glory of the Divine Mind. In the author's judgment, there is no gulf that separates science and religion, nor any conflict where they stand together. And it is fervently hoped that anyone who comes to a better knowledge of God's works through reading this book, may thereby come to a more intimate knowledge of the Worker

I. CREATIVE PROCESSES 1
II. CREATIVE PROGRESS 15
Constitution of Light 24
Chemistry of Suns revealed by Light 28
Creative Force of Light 30
III. ASTRONOMICAL INSTRUMENTS 41
The Telescope 43
The Reflecting Telescope 44
The Spectroscope 46
IV. CELESTIAL MEASUREMENTS 55
Celestial Movements 58
How to Measure 60
V. THE SUN 75
What the Sun does for us 94
VI. THE PLANETS, AS SEEN FROM SPACE 97
The Outlook from the Earth 108
VII. SHOOTING-STARS, METEORS, AND COMETS 117
Aerolites 122
Comets 126
Famous Comets 128
Of what do Comets consist? 131
Will Comets strike the Earth? 133
VIII. THE PLANETS AS INDIVIDUALS 135
Vulcan 138
Mercury 138
Venus 139
The Earth 141
The Aurora Borealis 143
the book details : Download 10.4 MB