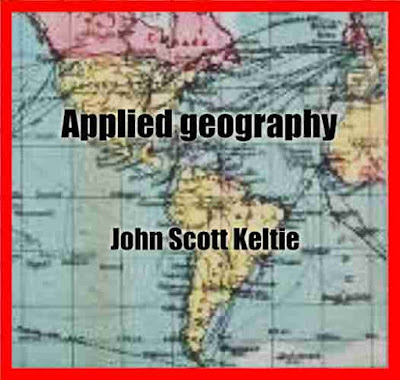 From introduction:
This is not a textbook on Commercial Geography. The use of such terms as Commercial Geography, Political Geography, etc., is I think unfortunate, as it leads to the impression that there are so many different kinds of Geography. The subject is the same to whatever practical purpose it may be applied, and therefore I prefer the comprehensive term, " Applied Geography."
The first edition of the book was published in 1890, and much has happened since to raise the standard of Geography in this country, and to improve its position in Education. Moreover, many changes have taken place as a result of the increased enterprise of the ruling nations in developing the resources of the lands of the globe, and in annexinc^ such areas as were available for the purpose.
All this has necessitated a thorough revision of the book, and many sections have had to be re-written; a new chapter has been added on "The Unstaked Globe," by permission of the  Editor of the London Magazine. The object of tlie publication is to show what, in my estimation, are some geographical knowledge on human interests; on the course of history, but more especially on the industry, commerce, and colonization.
The first two chapters deal with general data and methods, which are illustrated in the following chapters with special reference to Africa, the British Empire, the world at large some of the chief commodities of Commerce, and the lands still available for European and American enterprise. The book is really a series of suggestions and examples.
It may prove of some use to teachers and others desirous of making the most of Geography, and, it is hoped, may have some interest for intelligent readers generally. What I regard as the field of Geography may be learned from the first chapter.

CHAPTER I.
Preliminary Considerations.
Recent developments in the Conception of Geography — Anthropq-ideography — British Islands — Holland — Karly river civilizations — Buckle and Green — What is Geography? — Man and his surroundings — Geography and colonization — Types of Colonies— Commerce
CHAPTER II.
Geography applied to Commerce.
early commercial enterprise— Phoenicians and Carthaginians — Venetians — Discovery of the Cape route and of America — England's geographical and commercial position — Vicissitudes of Commerce— What is Commerce? — Its relation to geography— The I eadinjj^ factors of geography — Land and water — Latitude — The Ocean —Altitude— Climate — Rainfall — Vegetable produce — Animals — Minerals — Man — Communications — Various helps and hindrances to Commerce
CHAPTER III.
The Geography of Africa in its bearings on the Development OF the Continent.
Early knowledge of Africa — The Portuguese — Africa compared with other Continents — Position on the globe — Ocean currents — Prevailing winds — Configuration of the surface — Rainfall —Temperature — Characteristics of the surface — The Sahar.i — The Mediterranean region — The Central and Western Soudan— The Forest Region — The Lake Region — The Zambezi Region —South Africa — Distribution of surface water— Characteristics and products of Tropical
Chapter III. {continued)
Africa — The regions outside the Tropics — The value of African Commerce — Distribution of Population — Characteristics of the people — The labour question — Minerals — Internal communications — The partition of Africa— The future of Africa.
CHAPTER IV. The British Empire. The King's realm
The extent of the British Empire — The Empire at home and the Empire beyond the seas — The United Kingdom — Its commercial geography — Its commerce — The rest of the Empire — Its geographical distribution — Colonies of Exploitation and Colonies of Settlement — The Tropical Colonies — Their condition and commerce — The Colonies of Settlement — Canada, Australia, and South Africa — Their development and commerce — Spread of the English Language — Future of the Empire
the book details : Download 11.9 MB