The antiquity of man 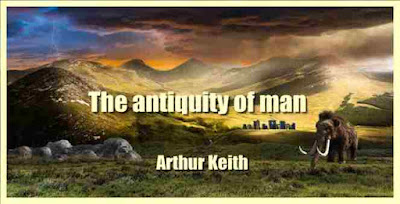 The problem of man's antiquity may be approached from another point of view — that of the human anatomist. The anatomist gives the ancient man the centre of the stage; he depends on the geologist and archaeologist to provide him with the scenery and stage accessories. It is from the anatomist's point of view that the problem of man's antiquity is dealt with in this book. This method of approach has its difficulties.
The anatomist has to trace man into the past by means of fossil skulls, teeth, and limb bones — -intelligible documents to him, but complex and repulsive hieroglyphs in the eyes of most people. The publishers have assisted the author to surmount the more technical difficulties by allowing very liberal use of explanatory diagrams, which make the arguments used in the text more intelligible to the general reader.
In many respects, this book is supplementary to Lord Avebury's classical work — Prehistoric Times. The main reason for the appearance of this work at the present time is that the "mystery" of man's antiquity is now culminating in a critical phase — presenting situations that may be described as of almost absorbing interest.
Indeed the manner in which the story of man's antiquity is now developing recalls the point reached by Dickens in his last and unfinished novel — The Mystery of Edwin Drood. Many learned men have sifted the evidence and tried to solve the problem of Brood's fate — some solving it in this way and some in that.
At the present time, geologists, archaeologists, and anatomists are sifting the evidence relating to the combined problem of how and when mankind came into existence. On the evidence at present available, the author is convinced that the true solution cannot differ materially from the one presented in a diagrammatic form in the frontispiece of this book.
The author's solution is only one of many; time will show which is right. The mystery of Edwin Drood we can never solve; only the novelist knew what fate had in store, and he carried the secret to his grave. The mystery of man's antiquity stands in a different position. Every year brings new evidence to light — places facts at our disposal that take us a step nearer to a true solution. In recent years discoveries of fossil man have crowded in upon us, yielding such an abundance of new evidence that we have had to reconsider and recast our estimates of the antiquity of man.
No discovery of recent date has had such a wide-reaching effect as that made by Mr Charles Dawson at Piltdown, Sussex. Hence the reader will find that a very considerable part of this book is devoted to the significance of that specimen of humanity which Dr Smith Woodward named Eoanthropus dawsoni. In accumulating the material and facts on which this book is based the author has become deeply indebted to many men.
The help of some he has acknowledged in the text, but there are many whose names do not appear there. The omission does not mean that he is not grateful to them for their help.
He must, however, acknowledge here the assistance he has received from time to time from the officers of the British Museum, from Mr J. Reid Moir, Mr A. S. Kennard, Mr W. H. Cook, the Rev. Edwin H. Mullins, and Mr Courtney Lyne. For assistance in preparing illustrations for this work, he is indebted to his friend, Dr Stanley Beale, and particularly to Mr William Finerty.