A history of the ancient world 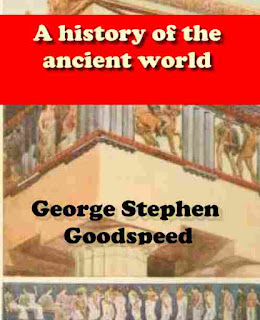 It is now eight years since my father, Professor Good- speed, wrote "A History of the Ancient World." Had he Hved it would have been his first care to follow the results of historical research and advancing methods of teaching history in secondary schools by frequent revisions of the subject matter of the text.
Recognizing the growing faith in the book on the part of those who have come to know and teach it. and the value and necessity of a revision at the present time, the family of the author have secured the services of Professors Ferguson and Chadwick to make such changes as the author himself would have considered as adding to the value of the book. It is believed that the book in its present form will perpetuate that spirit of usefulness and the genuine scholarly feeling which characterized the author's life and work.
We have been led to make this revision of the late Professor Goodspeed's " History of the Ancient World " mainly by three considerations: its use of an easy, graceful, yet clean-cut and vigorous, English; its firm grasp of the great main lines of historical development, and its high excellence in respect of type, paper, and illustrations.
There seemed to us to be no necessity that a textbook should be trivial in style, weak incoherence, or inferior in presswork. Accordingly, we have been careful to preserve in the revision the character of the original. The book remains in essentials the work of Professor Goodspeed.
This volume owes much to a wide variety of helpers. Doubtless, what may be original in it is of least value. Accordingly, the author wishes, first of all, to make a general confession of having drawn upon any stores of pedagogical wisdom and any treasures of scholarship which seemed to contribute to his subject.
In particular, however, special acknowledgements are due to some who have given personal assistance in the preparation of the book. Professors F. B. Tarbell and Gordon J. Laing, of the University of Chicago, have made helpful suggestions regarding the illustrations. Frances Ada Knox, Assistant in History at the University of Chicago, has given im- portant aid in the preparation of the manuscript and in other ways. The maps, charts, and plans have had the skilful and scholarly attention of Mr Harold H. Nelson, now of the Syrian Protestant College, of Beyrout.
The book has also profited from the suggestions of a number of teachers in East and West who have read it in whole or in part. Nor should they share of the publishers be forgotten, whose warm interest and generous co-operation have made work with them a pleasure. If the book succeeds in serving the cause of sound historical learning in high schools and academies, their share in making this possible is no small one.

I. THE EASTERN EMPIRES
Preliminary Survey i
1. The First Kingdoms in Egypt and Babylonia . . s
2. The Early Babylonian Empire lo
3. Egyptian and Babylonian Culture 14
4. The Egyptian (New) Empire 29
5. The Syrian States 39
6. The Empire of Assyria 48
7. The Median, Chaldean (New Babylonian) and
Lydian Empires 54
8. The Empire of Persia: Its Founding and Organization 57
II. THE GREEK STATES
Preliminary Survey 65
1. The ^gean World and the Beginnings of Greece 70
2. The Middle (Homeric) Age 79
3. The Development of the Constitutional States . . 91
4. Sparta and Athens 109
5. The Greek Empires: Athenian, Spartan, Theban
AND Macedonian 126
6. Alexander THE Great 231
7. The Hellenistic x\ge 24S
8. The Western Greeks: the Transition to Rome. 270