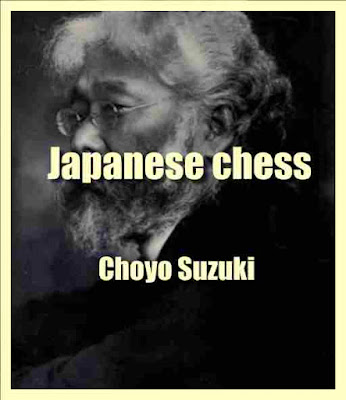 From introduction:
1. Inspired by the grand economy of nature which reveals itself into the causes and effects governing all things from the universe down to molecular existences, admiring the almost incomprehensible foresight, clear plans and diplomatic movements of Thomas Paine, Benjamin Franklin, Thomas Jefferson and that sort of personages, and the tactics and strategy of George Washington those who won the victory in a colossal chess game of humanity in which they stood for the side of pure democracy; thus inspired, while the little Japanese of the small little island Empire are contesting with the gigantic and most puissant Russian Autocrat, the writer dares say that it is not merely a great number of population, nor enormous amount of pecuniary wealth, nor an immensely extensive territory, nor a considerable superiority of naval and military materiels, nor all these conditions put together that one belligerent power compels another to do what the former wants.
2. It is a union of minds and hearts, others being equal, on the part of the people who each protects the other, and who support one another according to causes and effects of predestination that one group of men wins over the other. How the thirteen young colonies did cause the powerful fatherland to succumb to the mercy of their will? We know it perfectly well.
3. Many say that the Japanese are of small bodily constitutions and their works are consequently small, but they forget that whatever small things they do are worked most carefully and perfectly, and that the personages that can perfectly finish the small objects can easily produce ponderous works according to conditions and circumstances, as the small works are apt to be taken as valuable models for magnificently massive ones. They, in fact, produced many wonderful works at home many centuries ago to the latest hour. For these little ones, it would not be difficult to make battleships, even however big, because their minds and hearts have been practically drilled and experienced.
4. Who remarked that the Japanese do not have a mathematical head? There should be a limit to hypercriticality! The Far East has produced thinkers, scientific men, diplomats, practical businessmen and so on. There has been great secrecy the writer says secrecy, for the public does not know somehow, though openly practised to have pleasingly developed the faculties or their healthy brains, which have been and are naturally a priori flexible and adaptable to the fullest extent. This great secrecy has been the playing of the Science and Philosophy and Art of War, a national game of Chess, of which the true orientals are the greatest players in the world. The game or rather the science which they play, nay! practice from the oldest to the youngest who is to think sanely, from the wealthiest to the poorest, from the highest down to the lowest, from the most learned to the ignorant, from the highest priest to the misosuribozu (valet priest, or page).
5. The chess play with exhaustive attention and constant practice in the land of the rising sun is without exaggeration equal to that of billiard, bowling alley, cards and the last of all chess, and something else more, put together in this country. They play it in summer evenings on verandas, along the streets, at the shop entrances, where passers-by would look at the beautiful operations of the technique of struggles on a small war field of the chessboard.
6. They would not suffer summer heat whenever the weather is too hot to do anything, they gather their heads to ponder over critical movements of fleet, navies, and battalions, divisions and armies they do not seem to sleep ever.
7. In winter they play it within houses, while enjoying true native original tea, and deliberately thinking and planning with utmost considerations. Before entertainments, either at public places or at private houses, begin, the guests or members are hospitably accommodated with chessboards and pieces, and fine tea in small cups, accompanied by sweet things to heighten the taste and flavour of the beverage they are playing here and there, smiling and laughing their beautiful and skilful hands full of strategy and tactics, watched by their friends and acquaintances and admirers.
8. The jinrikisha-men are, at street corners, and in summer in shady nooks, playing Chess, while they are waiting for patrons. Aye! the little Japanese have drilled their minds with their chess playing and made the brains comparatively larger with regard to the bodily constitution after a fashion of easily working ants and bees. They understand the importance of the union of which protection and supports of each and every other area be paramount.
9. What will be the difficulties, as far as human mind concerns, as regard to mathematics or anything else, for the people that can not have ennui at all, and who can see many hands at once some of them able to discern fifty or a hundred different hands ahead or blindfold play a game simultaneously with 3 or 10, even fifteen games, or more, the most complicated contests founded upon scientific combinations of movements of navies, armies, etc., on diminutive war-fields of a board?

Preface 7-11
The Tree of Chessologics compared with that of Mathematics
CHESS EVOLUTION (a plate) between.. 14-15
Chess, Chessology, or Chessologics, its definition, its
legitimate position, functions, etc i$~37
The importance of knowledge of the use of Figures. 38-49
Chessonym Chessonymy 47-81
Japanese Chess its a legitimate position, office, etc.as the Calculus in CHESSOLOGY 50-214
Diagrams 60-65
Tengoma, or Mochingoma, the VITALITIES of the cap-
tured Chess pieces 86-186
Actual Warfare ELEMENTS as examples for the above 116-186
Alexander's siege and destruction of Tyre of the
Phoenicians 1 1 7-129
The Siege of Port Arthur, a factor of the Manchurian campaign of Japan- the Russian war. 129-186
Naru Promotion Method 187-190
Chinese Chess 207-2 10
I -go (Wei-ki) [Japanese and Chinese] 210-214
Problems (Monday) 215-229
Index 230-242
the book details : Download 12 MB