How to understand sculpture 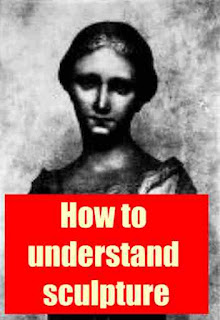 The book is,_ without question, the most interesting and informing guide that the modern passion for antique furniture has produced.

From introduction:
The title of this book speaks for itself; I have only to add here that it differs from most works of the kind in being the production of an artist endeavouring to explain the technicalities of a beautiful and little understood art; for this reason, it is hoped that it will not be judged from a purely literary standpoint.
No attempt has been made to give a complete history of sculpture or a perfect list of artists and their works; the treatise is concerned only with the principles which underlie all art and are the foundations of criticism. As I have mentioned in the text, famous authors have written profound and erudite treatises on the same subject, all of which seem to lack that intimate touch that artists only can supply. An example of this is to be found in Lessing's "Laocoon" — a book quite useless to a man seeking to work out his own inspiration, for its sonorous periods and acute syllogisms would have no other effect than to confuse his mind as to the real aims of living art.
There is much useful matter in the Lectures of the Academicians, but unfortunately, it is so obscured by old-fashioned verbiage and rhetoric that the reader who would find it, has to dig very deeply indeed. Biographies of artists are always useful and of intense interest to those struggling along the path which their victorious feet have trod.
The present upheaval in art known as the Post- Impressionist movement, to whose blandishments a few of our foremost critics have unfortunately succumbed, seems to call for some remark, because, as in all revolutions, these eccentric artists, in the excitement of their contest against the Past, have pushed their efforts to excess, and the calm necessary to right judgement can be attained by them only after the fiery struggle is over. Dr Theodore B. Hyslop's valuable contribution to the February number of the " Nineteenth Century," so admirably justifies and amplifies the opinion of this movement expressed in the "Addendum," that only want of space prevents me from making copious quotations from its illuminating pages.
The Past can never, to borrow Mr Holbrook Jackson's unmelodious slang, "go pop." The labour and suffering of past ages, despite his in- gratitude, have not been vain and continued and progressive work marks the stages to perfection. The artist departs from the traditions of the past at his own deadly peril.
In conclusion, I have to thank Dr G. C. Williamson for several valuable suggestions, and my publisher, Messrs. Bell, for the interest they have shown in my work.