The childhood of the world - Juvenile Literature 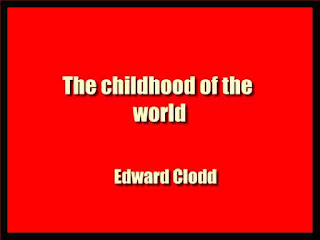 The childhood of the world; a simple account of man in early times

For the information of parents and others into whose hands this book may fall, it may be stated that it is an attempt, in the absence of any kindred elementary work, to narrate, in as simple language as the subject will permit, the story of man’s progress from the unknown time of his early appearance upon the earth, to the period from which writers of history ordinarily begin.
That an acquaintance with the primitive condition of man should precede the study of any single department of his later history is obvious, but it must be remembered that such knowledge has become attainable only within the last few years, and at present enters but little, if at all, into the course of study at schools.
Thanks to the patient and careful researches of men of science, the way is rapidly becoming clearer for tracing the steps by which, at ever-varying rates of progress, different races have advanced from savagery to civilization, and for thus giving completeness to the history of mankind which the assumptions of an arbitrary chronology would render impossible.
As the Table of Contents indicates, the First Part of this book describes the progress of man in material things, while the Second Part seeks to explain his mode of advance from lower to higher stages of religious belief. Although this work is written for the young, I venture to hope that it will afford to older persons who will accept the simplicity of its style, interesting information concerning primitive man.
In thinking it undesirable to encumber the pages of a work of this class with footnotes and references, I have been at some pains to verify the statements made, the larger body of which may be found in the works of Tylor,  Lubbock, Nilsson, Waitz, and other ethnologists, to whom my obligations are cordially expressed. I am fully conscious of how slenderly each department of human progress has been dealt with in this work, but in seeking to compass a great subject within a small space, it has been my anxiety to break the continuity of the story as little as possible.
the book details : Download