The study of a novel 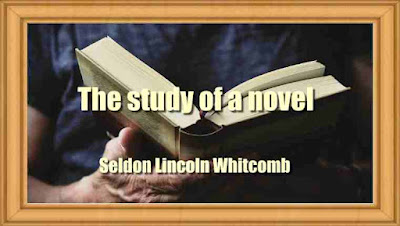 This volume is the result of practical experience in teaching the novel, and its aim is primarily pedagogical. It is only within the last few decades that the novel has been given much separate attention in college courses, and it cannot be hoped that any detailed method of study, at so early a date, can be more than an experiment and a temporary contribution.
But it has been nearly a half-century since Senior conceived a " treatise on Fiction, illustrated by examples," and some ten years since Professor Newcomer wrote (in a Practical Course in English Composition) that fiction would " require a special treatise even for its technical side." Such fulfilment as has been made of these prophecies has been mainly in the field of the short story.
The present writer has ventured into the field of the novel, with a sense that the time had come for tillage, even though the crop might be part of weeds. The references in the text and in the bibliography will indicate indebtedness to many works. Crawshaw, Henne- quin, Moulton, and Riemann, in particular, have had a large influence on the general method or the specific analyses of this volume. Professor Perry's valuable study appeared after the plan for this study was matured, and has been read for literary enjoyment rather than for critical contribution.
For personal encouragement and assistance, the writer is grateful to more friends than can be named here. The completion of the work is due, in no small measure, to the sympathetic attitude of colleagues and pupils at Iowa College; and especially to the cooperative spirit of Professor Charles Noble, Dr John S. Nollen, Dr Martha Foote Crow, and Mr DeWitt C. Sprague. Dr Nollen has given much practical assistance in matters relating to French and German data. His generous service, in many ways, from the conception of the work until the final proofreading, is acknowledged with pleasure.
To the teacher
It has required a long time for prose fiction to attain a dignified and independent position in the world of criticism. This has been due in part, no doubt, to the frailties of fiction, in part to the ungenerous conservatism of the critics. It is no longer deemed necessary to apologize for fiction itself, but a detailed study of its form is still quite generally proposed in an apologetic tone.
It is frequently said that the novel is written to be read and enjoyed, not to be dissected. It might be replied that " dissection " is, in some cases, to some minds, a source of great enjoyment; that there is no necessary antagonism between agreeable reading and analytical study, and that if only the primary human values of things were examined, several of the sciences would dis- appear.
Flowers are pleasant to see and smell and may be associated in one's memory with the bridal day or the new-made grave, yet the microscopic study of botany is not usually opposed on sentimental grounds. The same person may at one time enter the cathedral for personal worship, at another, for professional examination of its structure, without any sense of conflict between the two interests.
There may be personable.to combine the aesthetic enjoyment of literature with the systematic study of its nature, but it may be doubted whether they are the best examples of genuine and normal love of literature. Does not a somewhat systematic approach to fiction seem worthwhile so long as conflicting opinions like the following are not only possible but representative, in the columns of reputable journals?
"This novel has that charm of blended romance and realism, that captivating verisimilitude, and that nameless power to haunt one with its shame- tinged sorrow and happiness which testify unmistakably of genius." - - " The rankest rot, ethically and artistically, ever published." Teachers of literature are accustomed to the complaint that their subject is vague. The recent tendency towards the detailed analysis of literature is, from one point of view, an effort to discover how far vagueness is due to methods of study, rather than to the nature of the subject.
A little examination of the novel shows that it has, in spite of its amorphous quality, certain fixed values of material and of form, which may repay a systematic examination, and are independent of the personal impressions of the reader. The separate consideration of characters, plot, and settings, and the distinction between characters and characterization, are now fairly well established. The cooperative effort might result in greater uniformity of view, without violence to the nature of the novel, or danger to the liberty of the individual teacher.
In this volume, the aim has been to " keep the eye upon the object." In the matter of sequence and proportion in analysis, there is room for a wide difference of opinion, and exact uniformity is not to be desired.
The order of examination in these pages has been carefully considered, but it may prove satisfactory to a few and maybe variously altered without destroying the general plan. Examples of other methods of analysis for the novel independent, yet not without some tendency towards agreement will be found on pages 265-268.