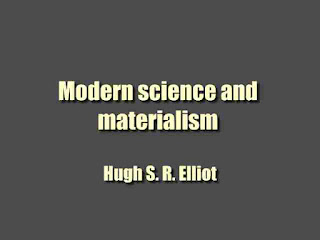 In all ages since the dawn of civilization, inquiring minds have been enthralled by certain fundamental questions, which are felt to be of greater magnitude and importance than any of those matters of detail which confront us in the ordinary course of our daily lives. What are we? whence have we come? whither are we going ? what was the object of the Universe ? and what will be its end, if it ever has an end? questions such as these have oppressed all the greatest thinkers of history; they have perplexed to some extent nearly all men, save those whose mental horizon is limited to the immediate satisfaction of their material wants.
Yet, after more than two thousand years of civilization, not one of these questions has advanced in the smallest degree towards a solution. There has, indeed, been no lack of speculation or of theories which for a time were believed to be solutions.
Innumerable systems of mythology, systems of religion, systems of philosophy, innumerable superstitions, too crude and incomplete to be called systems, have risen at different times and places, have secured the allegiance of tribes, nations, and races, have risen and flourished for a time, then crumbled away and lost all interest except to the archaeologist and historian.
The greatest and most learned minds in the annals of mankind have worn themselves out over these problems, and still made no step towards an answer. Yet they continue to weigh upon thoughtful minds with undiminished force. Moreover, there is a general recognition of their fundamental importance for humanity. Religion occupies a pre-eminent position in human affairs. It is regarded as apart from and above other things.
This fact alone is sufficient evidence of how deeply the human mind is impressed by the ultimate mysteries of existence. Although the desire for knowledge of this kind is so imperative in man's nature, all attempts to satisfy it have failed. It is clear at the outset, therefore, that the subject itself is outside the range of human intellect.
If a solution ever could have been found, it would assuredly have been found before now. Philosophy cannot furnish answers to these ultimate questions; it can, however, do something towards allaying unsatisfied curiosity, partly by making clear what branches of inquiry are necessarily outside the scop& of the human intellect, partly by setting forth the things that we can know in an organized and systematic form.
Philosophy can do no more than this: mark off the sphere of possible knowledge from the sphere where knowledge is impossible; then collect together the main principles that emerge in the knowledge at present possessed by mankind ; and thereby we shall, at all events, perceive to the highest extent possible where it is that we stand in Nature, and what is the general aspect of the Universe. Let us first ask why it is that all past efforts to solve ultimate riddles have failed, and why it is that they must continue to fail. It is, in the first place, due to the fact that all knowledge is based on sense impressions, and cannot, therefore, go beyond what the senses can perceive.
Men have five or six different senses only, and these are all founded on the one original sense of touch. Of these five or six senses, the three of most importance for the accumulation of knowledge are those of sight, hearing, and touch.
By these senses, we are able to detect three separate qualities of the external Universe. Now, supposing that we happened to have a thousand senses instead of five, it is clear that our conception of the Universe would be extremely different from what it now is. We cannot assume that the Universe has only five qualities because we have only five senses. We must assume, on the contrary, that the number of its qualities may be infinite, and that the more senses we had, the more we should discover about it.
Contents:
The universe as a whole.--Matter and energy.--Life and consciousness.--The fallacy of vitalism.--Materialism.--Idealism
the book details : Download 10 MB