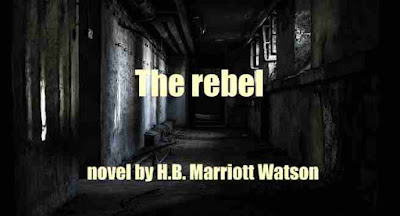 being a memoir of Anthony, fourth Earl of Cherwell, including an account of the rising by his cousin

Plot summary:
Amazing adventures and exploits of the Earl of Cherwell, who defends a lady's honour against the Duke of York's designs, and is engaged in ' the Rising at Taunton in 1684'.
The diction is modelled on the contemporary style. Depicts the corrupt and brilliant life of the Court.
Excerpt:
THE fourth Earl of Cherwell was born at Dulsiebridge in the year of our Lord 1 654, being some six years before the Restauration of his Majesty, King Charles II. The titles of that ancient and considerable family date from the reign of King Edward VI, by whom the Heriots of Heriot Deane were fetched among the peers under the style of the Lords Caversham.
The history of that name was, however, of earlier note, for the Heriots were of the mark in the county of Hampshire at the time of the Wars of the Roses, and had been settled there from the days of King John. It was not until the accession of King Henry VII, nevertheless, that they began to move among the higher affairs of state, and take their proper place in Courts. Philip Heriot, it was that laid the foundations of the title for his descendants, a man, if all be true, and by the testimony of Lord Herbert, of a great capacity, and a most fervid mind. Indeed the blood of that wayward man bountifully descended to subsequent generations, and I am disposed to find in it the explanation and the plea for the notable career of Anthony, the fourth Earl, who is the subject of this memoir.
the book details : Download 8.2 MB