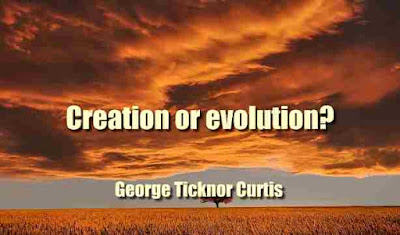 Perhaps it is expected of a writer who steps out of the sphere of his ordinary pursuits and deals with such a subject as that which is treated in this work, that he will account for his so doing. It is not necessary for me to say that no class of men can have a monopoly in any subject. But I am quite willing to take my readers into my confidence so far as to state how I came to write this book.
Most men, who have a special pursuit, find the necessity for recreation of some kind. Some take it in one way, and some in another. It has been my habit through life to seek occasional relief from the monotony of professional vocations in the intellectual pursuits of another character. Having this habit — which I have found by experience has no tendency to lessen one's capacity for the duties of a profession, or one's relish of its occupations — I some years ago took up the study of the modern doctrine of animal evolution. Until after the death of the late Mr Charles Darwin, I had not given very close attention to this subject.
The honours paid to his memory, and due to his indefatigable research and extensive knowledge, led me to examine his '* Descent of Man" and his '' Origin of Species," both. which I studied with care, and I trust with candour. I was next induced to examine the writings of Mr Herbert Spencer on the subject of evolution, with which I had also been previously unacquainted except in a general way.
I was a good deal surprised at the extent of Mr Spencer's reputation as a thinker, and by the currency which his peculiar philosophy has had in this country, where it has led, among the young and inexperienced, as well as among older persons, to very incorrect habits of reasoning on subjects of the highest importance. The result of my studies of these writers is the present book. I have written it because I have seen, or believe that I have seen, where the conflict arises between some of the deductions of modern science and the principles which ought to regulate not only religious belief but belief in anything that is not open to the direct observation of our senses.