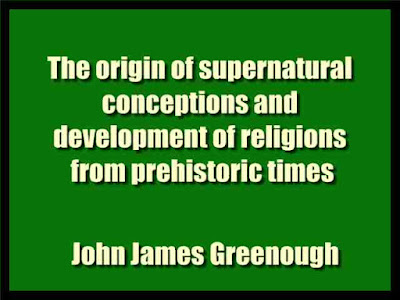 The knowledge of the advent of man and his status in the universe wherein he found himself prior to the attainment of modem science, was derived from traditionary legends evolved from the vivid imaginations of the human brain attempting to interpret the history of his creation and the purpose of his existence. It is apparent that those legends have a fictitious origin, although they were assumed to be divine revelations.
There is a tendency in the human mind to retain its early impressions with great tenacity, and it is difficult, and often impossible, to unlearn the most illogical and preposterous fallacies that men have been taught as truths in their earlier life while they seize with avidity every pre-tension to reveal a future life they have learned to behave in, but of which no man has any knowledge or comprehension, except the fabulous traditions of unknown writers.
Up to a comparatively recent date, no true solution of the mechanism of the universe was achieved, about which the writers of all prior histories and legends called revelations were in entire ignorance. To doubt the truth of these so-called revelations has been deemed sacrilegious and has often been visited with drastic punishment for the alleged profanation.
The present age has emerged from the thraldom of this ancient bigotry and finds no trace in the recent history of any supernatural act of communication; which naturally engenders a doubt of the truthfulness of the ancient traditions that are still further confirmed by the fundamental errors to be found in all traditional revelations.
With the above facts clearly established we may venture upon a strict investigation of the ancient writings, with no hesitation on our part in repudiating the narratives of supernatural occurrences of which modem experience has no truthful example. In investigating the superstitions that have per- vaded the thoughts of man from a period anterior to historic data, which have formed so much of the traditional and written Utcrature with which the statement of facts has been inextricably interwoven, it is difficult to trace the true origin of the myths of un-known ages.
While the supernatural events re- corded in Eastern legends may be retained as illustrations of the creative power of the active imagination of the human mind, they have long since been discarded as treaties by the world of science. There is a firm belief still retained by a large majority of men in the truth of traditionary miracles and divine interposition, on which the dominant religions are founded. We note that in regions holding a common origin, there are numerous sects and interpreters radically opposed to each other, which in past times have produced dissensions and bloody strife, and are still a source of polemic wrangling and waring disaster.
Before attempting to investigate the origin of religion, it may be well to fix a definite meaning to that constantly employed word. We find in the modern lexicons numerous meanings ascribed to the word religion, that differ widely in their nature, and are antagonistic in their purport. If by religion is meant the healthful development of a right life, a practice of conscientious duty to our fellow men, and abstain- ing from all injustice, every right-minded man must give it his approval. But if by region is meant " a system of faith in, and worship of, a divine being or beings " (entirely beyond our knowledge, except the traditions of unknown authors of mystic legends, unconfirmed), the modem agnostic disable lives.
We have generally used the word religion in the latter sense, as dogmatic, in the succeeding pages. There are few noted scientists in modem times who would not be classed as agnostics. They are generally so entirely engrossed in the search for, and development of, truth, which is making such wonderful progress at the present day, that they have no time to devote to discussions about current beliefs in religion nor to the petty altercations of the theologians over dogmatic interpretations and creeds, which neither their authors nor interpreters have any real knowledge of the truth of, and of which there is no proof but vague tradition.
The mission of an iconoclast is not only displeasing but perilous; in attempting to destroy the time- consecrated idols believed in for ages, he cannot expect to escape vituperation, unfair criticism, and opposition. Fortunately, these days he cannot here be assailed with imprisonment, torture, or death. Ostracism, anathema, and slander are the only weapons left the fanatical force in America, although severer penalties are still imposed elsewhere for differing from or opposing established faith. Some fifty years or more ago, I was impelled to write upon this subject; but I then felt that in at- tempting to destroy a delusion on which organized xii society was founded, and for which I had no efficient substitute, I might weaken the organization of society.
This caused me then to delay further action, but time has now convinced me that until the fabulous is expurgated from human reason there is no hope that any radical improvement in true culture can be attained. The hideous crimes that have been perpetrated even in modem times, in priest-ridden nations, conclusively show that power alone is wanted to reenact the barbarism of the Spanish Inquisition and the prohibition of free thought.
The incarceration of an innocent girl in a nunnery, recently enacted in Europe, for desiring to marry in opposition to the will of her parents, where she was walled up for twenty years in a living tomb by a brutal fiend, the superior (who was made a brutal fiend by her fanatical faith, until all the elements of humanity and true womanhood were extinguished in her), is too heartrending and revoking to be passed over in silence. It must remain as an episode of a religion of the nineteenth century.
the book details : Download 8.8 MB