from the introduction
The nature, meaning, and origin of government are subjects that have engaged the attention of some of the most celebrated writers in the history of the world. Yet all early treatises on government, though they attest to the importance and fascination of a subject which concerns the whole human race, are vitiated as political investigations by defects that are inseparable from premature speculation upon intricate social problems.
All thinkers since the time of Comte are aware that there is a certain order in which the various departments of human knowledge must be taken if the results obtained are to possess a real scientific value.
If this order is inverted, and a subject which properly comes last in the hierarchy of science is of such intense human interest as to tempt the enquiring mind to undertake its study out of due course, before the discovery of other important truths has duly prepared the way, the accuracy and reliability of the conclusion is sure to be correspondingly impaired.
Certain sciences can, in fact, be built up only on the basis of conclusions that other sciences have incidentally supplied. Social science, which includes the problem of the origin of government, comes last of all, and cannot be properly attempted until the foundations upon which it must rest, shaped by previous labours in other regions of thought, have been well and truly laid.
It is of the greatest importance, therefore, that those who inaugurates a new science should accurately identify the preliminary department of knowledge since the conclusions that it has established must form the starting point and suggest the principles upon which their own enquiry is to be conducted. We shall see in the succeeding chapter how vital these previous researches are, and how the investigation of the origin of government has been confused and retarded by a mistake as to the nature of the study which must immediately precede the inauguration of social science.
Though the works of Hobbes, Locke, and Rousseau on the subject of government and its origin have a worldwide celebrity, they cannot be taken seriously from a scientific point of view.
They are mere of the nature of political speculations, which are without permanent value except as an indication of the eternal interest aroused by the problem of government in the mind of man. But to such considerations, their authors were supremely indifferent, because their object was not the discovery of scientific truth, but the enforcement of a moral or constitutional principle, to which the facts were deliberately made subservient. An examination of the nature of the political speculations of the seventeenth and eighteenth centuries
The "Social Contract" theory on the origin of government will serve to show that under the guise of a pretended investigation into the earliest political conditions, writers like Hobbes, Locke, and Rousseau in reality endeavour to find material in support of their preconceived notions of what government ought to be.
The political requirements of the hour, or a supposed necessity of defending the liberties of the human race, and not the true spirit of scientific investigation, have inspired these attempts. Indeed, when the social contract theory of the origin of government was first started, the true spirit of scientific research cannot be said to have existed at all outside the physical sciences. Hobbes, it is true, made desperate efforts to keep his view of the social contract in conformity with the actual facts of history, or of what we should now call the evolution of government.
But in the hands of Locke and Rousseau, this theory is, in fact, nothing more than a piece of imaginary history, supported by the most transparent special pleading, and designed to justify by supposed inductive proofs opinions already regarded as deductively certain.
The various forms which the theory assumed agree with the view that government was supposed to be the outcome of a contract between ruler and people, under which the ruler was granted certain privileges on the condition of enforcing justice and order, and securing the general well-being of the community.
According to the somewhat nebulous views of these political philosophers, the appointment of a political authority took place as the result of a desire on the part of human 3 Origin of Government beings to secure ordered social relations, and thus terminate the primitive discord of savage life, or, as it is quaintly called, " the war of each against all "; and men were actually supposed to have met together in a forest or on a plain for this purpose, and to have instituted government by universal agreement.
the book details : 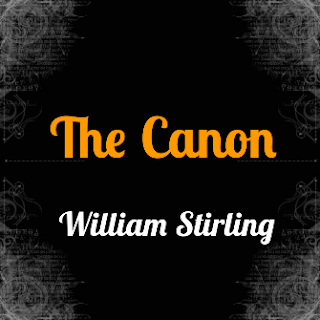